Predicting Hurricanes: What Do We Know Before Landfall? 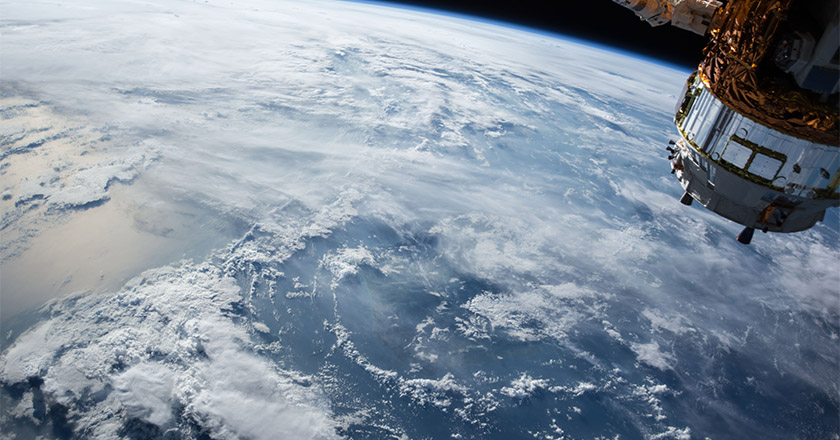 Five days before hitting the Florida panhandle, Hurricane Michael was nothing more than a slight disturbance making its way towards the Gulf of Mexico.

Over the next five days, a historic hurricane developed in the gulf. Hurricane Michael soon swelled to become the fourth category 5 hurricane to make landfall in US history.

(Classified as a category 4 storm then, recent research confirms Hurricane Michael was actually a category 5).

No one saw Hurricane Michael picking up the way it did. Many anticipated a category 2 or 3 hurricane. But as the storm neared the Florida coast, it grew. In 24 hours, Hurricane Michael strengthened enough to cause $25 billion in damage and take over 30 lives.

Hurricane Michael’s meteoric development has led some to ask what’s behind hurricane modeling and what improvements are possible. A lot of effort and information goes into gathering the information we get now, but some factors cause gaps in data we can’t compensate for at this time.

Hurricanes start as clusters of thunderstorms in the Atlantic Ocean. Some develop further into tropical depressions, then into tropical storms. While this happens, the storms typically head westward.

Hurricane hunters (aircraft), buoys, boats, small islands, and satellites gather the early data. With enough data, officials can start developing models for each significant storm that develops in the Atlantic. Numerical Weather Predictions (NWPs), the models, are the best predictions we currently have for hurricanes.

If the Air Force and the National Oceanic and Atmospheric Association (NOAA) recognize the storm as a threat to land, they hand their data to the National Hurricane Center, who then passes it on to the public.

Some measurements become clearer as a tropical system gets closer to land. Within 450km (280mi) of land, radar can gauge precipitation and wind velocity.

Even though we have a catalog of methods for collecting and analyzing data, there are still gaps. And because those gaps exist, hurricane predictability is rough, something Hurricane Michael reinforced.

The shortcomings of today’s science will disappear in the future, giving officials more time to brace for and respond to land-bound hurricanes. Each season, Hurricane Research Weather Forecasting Models (HRWF) improve through the hard work of the meteorological community.

Nests, concentrated telescopic views of storms and their surrounding environments, are the heroes of HRFW models. They provide a data-driven picture of near storm environments, inner cores, and the internal thunderstorms of hurricanes and tropical storms. This data plays a key role in predicting a storm’s path and intensity.

Over the last few years, NOAA’s Atlantic Oceanographic Meteorological Laboratory (NOAA AOML) and the University of Miami’s Cooperative Institute for Marine and Atmospheric Studies have developed the Basin-scale HRWF as part of a collective effort to better understand these Atlantic monsters.

The Basin-scale HRWF is a comprehensive model that considers other conditions, such as the environment of the ocean surface and the influence storms have on one another.

This model has also proved itself as a good predictor of precipitation, a factor whose importance was proven by Hurricane Harvey in 2017. The 24 inches of rain Harvey dropped on Huston rocked the city’s infrastructure, its residents’ homes, and its economy.

New storms each season present the opportunity for the model to improve. A communal critical eye falls on the model’s predictions, producing feedback the brains behind the Basin-scale HRWF use to continuously improve it.

Recent innovations in hurricane modeling have been impressive, but there are still problems related to data gaps that modern technology can’t fill.

A hurricane’s intensity can be swayed by the smallest of factors. Meteorologist Jeff Masters of Weather Underground, in an article with National Geographic regarding Hurricane Florence, stated even the mist of gale-battered ocean waves affects storm intensity.

Focusing in on these nuances is almost impossible for current technology. So many things happen in and under the clouds, which satellites can’t peek through. The closest surveillance methods available, such as hurricane hunter flights, can’t gather the granular data needed to improve modeling due to the chaotic conditions of hurricanes.

Despite these shortcomings, predictive meteorological technology has definitely improved. Meteorologists, thanks to initiatives like the Basin-scale HRWF, have increased the accuracy of their predictions over the last decade. The energy they’ve dedicated to understanding hurricanes has helped many get out of harm’s way.

The question still remains: What can we learn about a hurricane before it makes landfall?

Hurricane tracking has seen the most improvement in recent years. A storm’s path will never be a total mystery.

Models, overall, have improved. Some storm models have improved close to 40 percent according to a 2013 study by members of the NOAA/NWS. A hurricane’s landfall as predicted by models is usually a sure thing nowadays.

Intensity forecasts are the unstable variable. While wind velocity and precipitation can be measured, today’s tools and methods have trouble narrowing the measurements before the storm hits.

Events within a hurricane also contribute the instability of intensity forecasts. While a storm may present as a category 2, a few events forecasters can’t see could propel the storm to a higher category in just a few hours.

If officials act quickly on sudden shifts in estimated intensity, a community can properly prepare and mitigate the storm’s impact.

Hurricanes are heavily studied, but there are still unknowns. As technology advances, so will our understanding of hurricanes and how to soften their blows. Many in and outside of the field recognize this, meaning we can look forward to more actionable data in the years to come.

Read more: Keep yourself ahead of disaster by building your own personal emergency preparedness kit.