Practitioner's Profile: How Lisa Teel is Building a Future for Higher Education EM 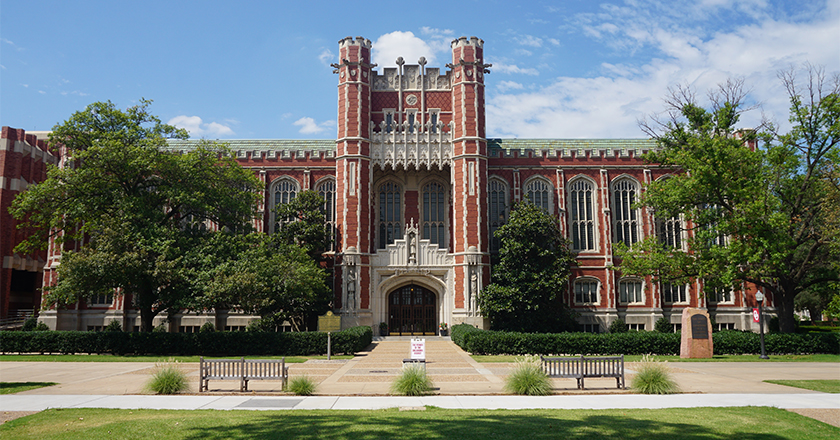 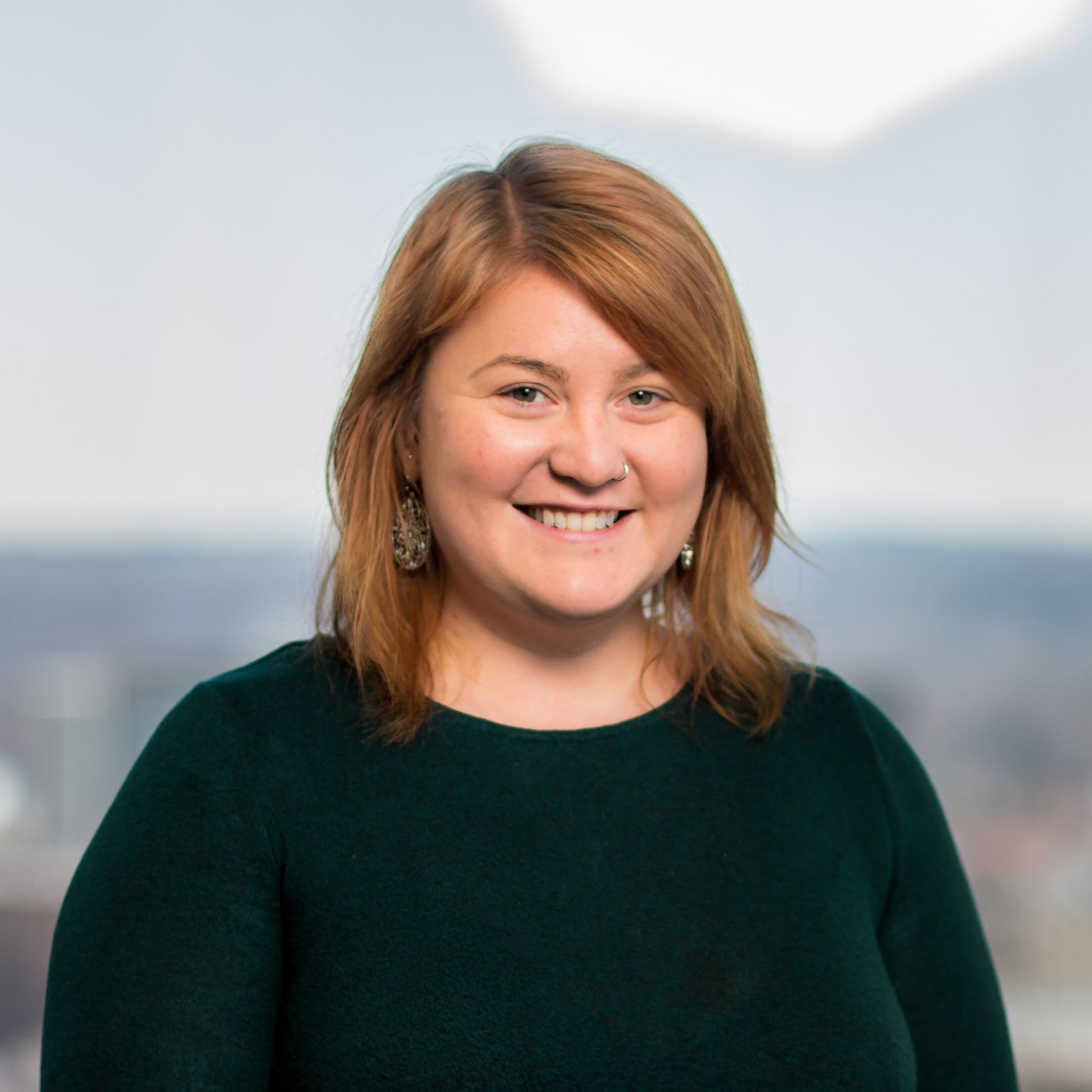 The moment you meet Lisa Teel you can feel her warmth. She’s the type of person who genuinely cares about others and who radiates positivity. But her kindness couples with grit. For the past twenty years she has been an emergency manager and has built multiple EM programs in institutes of higher education.

Lisa knows what it takes to make change and to balance the pressures of being an emergency manager, which is why Veoci was so thrilled to have her join the team as a Client Success Manager for Higher Education. Lisa’s talent, strength, and experience make her an incredible asset to not only the Veoci team, but to our clients that are building and implementing their own programs.

From the ground up

In 2001, Lisa started at Oklahoma City Community College (OCCC), the fifth largest college in Oklahoma in terms of the number of enrolled students, as a legal assistant for the general counsel.

At the time, many colleges were parcelling out emergency management roles and responsibilities to committees instead of making it an individual’s full-time focus. Lisa was appointed to the committee for emergency preparedness, which focused on insurance and environmental health and safety.

Then, in 2005, Lisa was made the director of risk management. But the face of emergency management in colleges and universities was about to experience a shift. In 2007, the Virginia Tech tragedy rocked the nation. It also inspired a need for change in colleges across America.

It used to be that very little money was allocated to emergency management programs, which is largely why the duties were divided between numerous roles, but now these programs were becoming an area that schools wanted to cultivate.

During this transition phase, Lisa was made the Director of Emergency Preparedness and Risk Management at OCCC. In this role, Lisa built the EM program from the ground up. She also became the third full time emergency manager for higher education and the first female emergency manager in the state of Oklahoma.

This shift in the field of emergency management continued to perpetuate when in 2010 the governor of Oklahoma sent out an order that colleges had to be NIMS compliant. In order to achieve this compliance, the governor brought together campus safety and a newly formed security task force.

Lisa was a member of this task force for nine years and worked alongside subject matter experts from FEMA, the Department of Homeland Security, and the Oklahoma Emergency Management Agency. Together they worked to build the objectives for NIMS compliance for institutions of higher education across Oklahoma and eventually achieved 100% compliance.

In 2013 Lisa assumed a new role as Emergency Manager at the University of Oklahoma. She was the first full-time emergency manager at the school, and had to build the program from scratch.

Lisa accomplished a tremendous amount while she was serving as the Emergency Manager at OU. Within five days of arriving on campus, the EF5 tornado hit Moore, Oklahoma. She had 350 victims being housed in a shelter on campus and for six weeks. Lisa worked side-by-side with the City of Moore, the State of Oklahoma, and FEMA to provide shelters and find permanent housing for those affected by the tornado.

After this incident, Lisa was instrumental in the construction of five above-ground shelters that were built at two of OU's residential towers and three of OU's apartment complexes. She also created the first Building Safety Coordinator Program and held the first ever tornado drill at Oklahoma University’s residential life facilities.

Despite her immense success in the field, Lisa never expected she would end up with a career in emergency management 30 years ago. She always had an interest in law and had worked as a paralegal for the majority of her life. However, once she started doing emergency management committee work, she realized that this field had much to offer.

Lisa enjoyed being able to write plans and being consulted on important information and decision making. As a self-proclaimed weather geek and someone who is both organized, yet flexible, Lisa quickly realized that emergency management was something she wanted to pursue further, which is what she has been doing for the last 20 years.

Finding a career in emergency management seemed like fate for Lisa, and she stayed for so long because of a true passion for her craft. Lisa especially loves how everyday is an opportunity to make a difference in multiple lives.

Lisa is motivated by doing something that matters. Emergency management is important and it saves people’s lives. She serves others and helps people grow by making them better prepared to take care of themselves during times of crisis.

Although Lisa is no longer at either of the institutions where she helped to build the Emergency Management Programs, she says that it feels as though there’s a part of her that she was able to leave behind in her work and the through the legacy of her program.

Building and running multiple emergency management programs has helped Lisa develop some valuable insights, including one of the frontrunners: “Failing to plan is planning to fail.”

Lisa says you always need to have a plan, but the most important thing you can do as an EM is to be flexible with that plan. No matter how good your plan is, there’s a strong likelihood that you’ll need to make a change during an activation. Adapting and making decisions during times of chaos are crucial components of being an emergency manager.

Another key belief of Lisa’s is the importance of looking at everyone on campus as an emergency manager. When Lisa would do orientations, especially with faculty, her first slide would be a picture of a faculty member standing in front of a classroom of students. Lisa would then ask, “If something were to happen right now, who’s the emergency manager in this picture?”

Everyone in the training would agree that in that moment it would be the instructor. The goal of presenting the information in this way was to get people to see emergency management holistically. Lisa believes that when people take responsibility for things, such as emergency management, it’s easier to get support from them and run your program successfully.

Support really is crucial to the success of an emergency management program. Lisa identifies one of the biggest obstacles for emergency managers is the “That’s never going to happen here” mentality. But the reality is that bad things can and will happen anywhere, so it’s important to be prepared.

Sometimes you have to think your way through some things that are scary in order to be ready for reality. For example, Lisa wanted to complete active shooter drills on campus, but got pushback from people who said, “You can’t do that; it’s too scary.”

Lisa says that over time, more people are moving towards this sort of mindset. Unfortunate events occur, and that makes people understand the need to have plans in place. People are no longer waiting on tragic events as motivation to start building up emergency management programs. This is evident through the number of institutions of higher education that now have full time emergency managers.

Emergency management has also evolved throughout Lisa’s career through the introduction of digital tools like Veoci. “The way our lives are and the way things are on college campuses – things and people are constantly moving around. It’s very mobile. It’s a very difficult challenge.”

Digital platforms make it easier to adapt to this mobile lifestyle and allow emergency management to move into the 21st century. For example, Veoci is web based and has an app so you can use it from any device, even when you’re on the go. You can document what you’re seeing with photos and videos and it’s no longer necessary to gather people in a single room to communicate.

With Veoci, you can do everything all on one platform. Gone are the days of multiple log-ins and pen and paper systems. As Lisa describes it: “ Veoci has moved emergency management into another realm, it’s taken it to the next level.”

Lisa is still paving the way in emergency management with her new position at Veoci. Now, she helps Veoci Higher Education customers further develop their programs through the introduction of digital tools.

Her knowledge from 20 years of experience is also helping the team at Veoci expand their understanding of what it takes to be a higher education emergency manager as well as what are the real life challenges they face. She continues to be a trailblazer, and an inspiration for many in the field of emergency management.

Take a look at the profiles of the practitioners on our team: