Ups and Downs: Learning the Impact of Drones 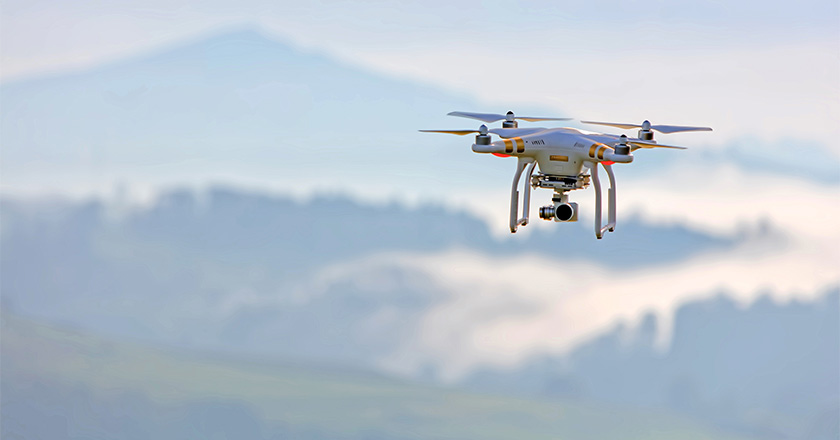 On December 12th, 2017, user Primpwatcher at phantompilots.com posted a video of their latest drone outing on a message board. When you watch the video, see if you notice what they saw when they watched the flight footage back.

“Just want to show everyone how easy it is to fly into power lines, or almost fly into them…  I didn't notice the lower power lines until I got home and played back the video…  I always scout the area I fly in and I didn't see anything that could be in the way.”

Since manufacturers introduced drones to the market, there’s been more and more controversy over where they belong in the civilian space. There’s been numerous reports of neighborhood disputes and accidental trespassing by drone pilots due to a misunderstanding over how the country’s airspace works.

The FAA has stepped in to regulate these machines and to mitigate the direct and indirect damage they sometimes cause. But there are still incidents today, years after their introduction to the marketplace, subsequent regulation, and civilian adoption.

Primpwatcher narrowly avoided hitting those power lines, but other drone pilots aren’t as lucky as they were. These airspace collisions come at a relatively small cost to drone owners, while certain companies and organizations see a lot more damage from these airspace accidents.

Just a few weeks ago, a reported drone sighting at Gatwick Airport in West Sussex, England, grounded flights over a period of 36 hours. Despite the controversy surrounding the investigation and the actual events, it demonstrates how much of an impact drones can have. We can somewhat speculate what that impact would be, though, if we take a look at an existing phenomenon in aviation.

Birds do a lot of damage to aircraft when they strike. The FAA, and the aviation industry as a whole, has known this fact for a long time, and have a number of practices in place to mitigate the number of bird-aircraft collisions that occur.

There’s been extensive research into the bird-strike phenomena, and the pattern is extending to drones. In late 2017, ASSURE and the FAA partnered up to study the potential of drone-aircraft collisions, and their work produced some worrisome findings.

First, drones are much “sturdier” than birds. Birds are animals, and because they’re composed of soft tissues, they aren’t as strong as the plastics and metals drones are made with.

A recent study at University of Dayton ran some simulated strikes on a commercial airliner wing model, and they confirmed their suspicions. When a bird struck the structure, it left some damage on the leading edge of the wing. When a drone did, it bored a hole straight through the wing, and it stayed somewhat intact while doing so.

Second, drones do more damage beyond the initial strike. The joint publication also pinpointed internal drone components as having destructive potential. In studying what happens upon ingestion into jet engines, the researchers found that stiffer components such as motors, cameras, and batteries hit the fans hard and left significant damage; and batteries were the most hazardous, as the damage sustained in the collision often led to the batteries catching fire.

In the midst of all this new research, the FAA is doing what it can to curtail accidents. When drones first came to consumers, they opened registration for each of the small crafts, and they continue this today. As of September 2018, over 100,000 Remote Pilot Certificates have been issued to drone enthusiasts, and the number seems to be rising. Training programs, accompanied by new and clear laws and guidelines for drone piloting, will hopefully aid in limiting all types of drone collisions.

Planes and drones now share the airspace, and it seems like they will for the foreseeable future. But drone pilots will have to make another compromise in the sky.

News clips from the last couple of years show that some pilots aren’t as careful as others. Two pilots hit power lines in West Hollywood in 2015 and 2016, leaving a 100 people, then 700 people, without power. And a 2017 collision with a high voltage wire in the Bay Area left 1,600 people without power.

If you search “drone power line collision” into your YouTube search bar, you’ll see a troubling trend. A number of videos of drones colliding with power lines, both smaller urban lines and high voltage transmission lines, are returned for this search. If this says anything, it’s that Primpwatcher’s experience isn’t a rare occurrence.

Actually, transmission and distribution line collisions aren’t a new or uncommon occurrence. Since the introduction of pylons and suspended power lines, many birds, particularly birds of prey, fall victim to the powerful currents coursing through these critical pieces of infrastructure. The problem gained national attention in the 1980s, which kicked off conservation efforts for the affected species. It still happens today, but mitigation practices have helped reduce the loss of wildlife.

Manned aircrafts also collide with distribution lines with some frequency. An FAA report determined about 5% of helicopter crashes result from accidents with power lines, and 31% of agricultural aircraft incidents do too.

It’s clear that drones can do a lot of harm in this space. The 2017 Bay Area quadcopter incident cost the city of Mountain View ten of thousands dollars in damages, and caused an outage from 8:15 AM to 11:00 AM. The city hall and city library also lost power due to this event, and one of the buildings was evacuated out of caution.

If—or when—a drone hits a more important line, there’s no saying what the exact repercussions will be. But if these events serve as a precedent, we can easily see that the aftermath won’t be good.

A lot of these drone incidents aren’t charged. Often they’re the result of ignorance or a lack of situational awareness. But they allow us to picture how a malicious actor could utilize commercially-available drones. The FBI is anticipating more terrorism-driven drone incidents as the devices become much more accessible.

It’s something we’ll have to look out for moving forward.  But we can also look forward to some of the positive effects drones will have in some spaces.

The Benefits in Drones

Drones aren’t always a constant source of worry in the utility and power line space, however. In fact, some utilities have started to embrace their potential.

To ensure the stability of the grid, utilities often run inspections on the wires and pylons moving the power from source points to neighborhoods. sUASs can easily take this space over, and with skilled pilots, they can streamline this process and save utilities some serious cash. For some bodies, the right pilot and equipment can cut the cost of an inspection from $5,000 to just $200, a 96% reduction in cost.

There’s more to using drones here than just the savings. In 2016, govtech.com reported on Dominion Virginia Power’s drone inspection program. While the utility hadn’t seen a lot of savings at that point, they were very pleased with the results.

As Dominion Virginia Power has noticed, drones are a much safer alternative for this routine because they eliminate the need for manpower. Helicopter crews, or climbing repairmen, don’t have to get near the lines with this technology. Drones also enable the utility to do more thorough inspections; drones have superior maneuverability, and get angles manned crews can’t.

So, drones have both tremendous upside and downside. What does this mean for the drone enthusiasts?

It boils down to personal responsibility and adherence to the rules and guidelines the FAA and local governments adopt. Being mindful of where you fly is another important piece of this.

California’s first responders work tirelessly to combat the region’s annual wildfires. A key component in the state’s firefighting strategy is water cycle drops, which come with the help of various aircraft.

“Fortunately, there were no injuries or fatalities to report, but the 15 to 20 minutes that those helicopters grounded… could have led to another water drop cycle, and that would have created a much safer environment and we would not have seen as many citizens running for their lives.” Eric Sherwin, of the San Bernardino County Fire Department, gave this statement to CNN after a California wildfire in July 2015.

What caused that grounding? In the same report, CNN said that up to 5 recreational drones were spectating the blaze, hovering in the airspace the helicopters needed for their water bucket drops.

This isn’t an isolated incident. California continues to experience this problem every season because of the greater accessibility of drones. When a drone interfered in another July 2015, the county offered a $75,000 reward for the pilot due to the additional damage sustained during the forced grounding.

The FAA has kept up with the market, and has updated their guidelines as the technology, popularity, and application behind drones has grown. Even DJI, one of the largest companies in the recreational drone space, has published flight tips (which includes pointers for avoiding power lines) on their site for all potential pilots to read.

All of this evidence is a strong case for flying strictly by the rules. While you’re out there, keep the FAA’s recommendations and your local laws about the airspace in mind. Drone collisions, despite how harmless they look, do a lot of damage.