Rethinking and Expanding: What New Technology Means for Business Continuity 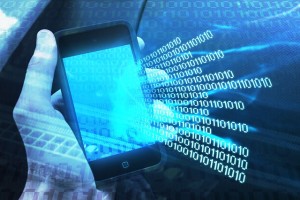 BCMP addresses the system and processes in an organization that provide resiliency, recovery and contingencies required to safeguard the people and assets of the organization in response to a disruptive event or incident.

Business Continuity Management Planning (BCMP) software first began to be developed around 25 years ago; planning was a good place to start and computers could begin to provide value with paper documents as the primary output and the ease of updating the documents was a major selling point. In the subsequent years, in addition to the “prose” of the BCMP, parts of the process began to be codified in database tables so that they could be sorted by the teams responsible and as a checklist or activities on a time line. With innovation in text messaging and digital telephony, emergency mass notification systems (EMNS) also came to be developed and many BCMPs took on the role of introducing EMNS to their organizations.

The challenge for software has been to keep up with the change. For example, for EMNS vendors who established proprietary networks at great cost, the advent of new providers such as Twilio and advances by the telecommunication giants, makes irrelevant what was previously a competitive edge. For many of the other software solutions for BCP and GRC (Governance, Risk & Compliance), the change from the client-server computing to the web and then to mobile devices required that they essentially discard the software they had written and make a fresh start.

As the scene shifts to using technology to actually manage the effects of a disruption, the older tools look dated and there is an opportunity for new entrants who begin with a clean slate. These revolutionary changes in technology - mobile devices, cloud computing for scalability, access of services from best of breed through APIs -  also make it possible for a single tool to do it all.
‍
GRC, BIA (Business Impact Analysis) and BCMP are increasingly taken for granted - it is expected that any organization will have these in place. The remaining issue is keeping these “documents” up to date and in sync with organizational and regulatory changes.

The sea-change in what is now expected of BCMP systems is epitomized by the example of one typical element of an organization’s response to the arrival of a hurricane:
Communicate to the Person X who is directed to the backup diesel generator and checks the fuel level and if not full, add fuel and communicates back from their mobile device of the completion of this task. Note that the “BCMP” part is automatically included and drives these “actions”.

While companies today still put much of their time and effort into strategizing and plan making, the NEW software offers many more opportunities for the BCMP professionals:

The requirements for such software are also drastically different and have more to do with “project management at supersonic speed” than a business continuity plan that is placed prominently on a bookshelf or a shared drive in the local Data Center which could be unavailable.

As the BCMP professionals bring in these modern tools, they are also increasing the scope of their role in the organization. While previously they were custodians of books and online documents, today they can play the active role of “incident commanders” in both drills and a real crisis. The easy usability and value of the new tools also expand applicability to minor incidents and events. In turn, with increased and more frequent usage, the BCMP professional and their organization are better prepared if a truly catastrophic disruption does occur.