The Benefits of Cloud-Based Emergency Management 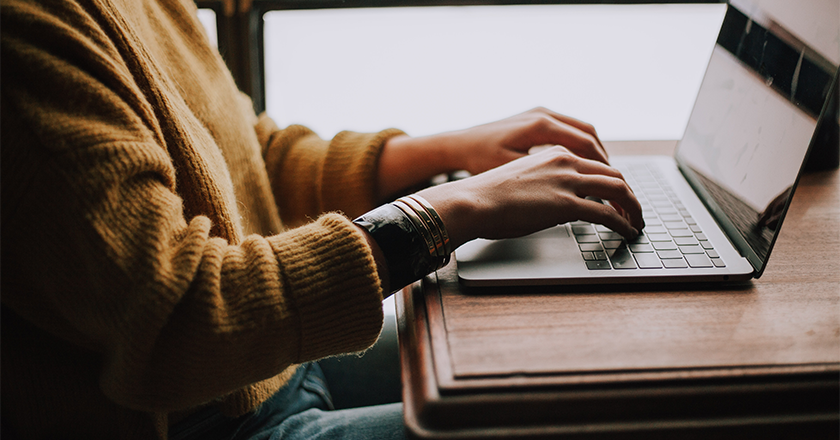 For modern emergency managers, a platform is a must-have. Platforms greatly empower all stakeholders, whether they’re simply observing the response or actively working to resolve the emergency.

Today’s platforms are extremely robust, offering emergency managers multiple tools and flexibility during both daily operations and emergencies. And to do this, these platforms take advantage of today’s most enabling computing technology, which includes the cloud.

Emergency management has evolved significantly since the early 2000s. Early disasters of that decade emphasized the importance of preparedness in responding to emergencies. More disasters later in the 2000s and 2010s helped emergency managers hone their skills, knowledge and an understanding of what tools are needed to respond to a modern emergency.

One of those recognized tools is a platform that connects stakeholders, regardless of their location. A platform on the cloud gives people access they need. Clouds only require an internet connection to reach. As long as a stakeholder has a connection, they can collaborate and communicate with others.

There is an argument to be made for downloadable apps and platforms accessed via a local system or device. If they are on a local system, they can be accessed—but this is a disadvantage most of the time. This requires a stakeholder to have their device with the app installed on them, a fact emergencies don’t respect by their nature. Most people have internet-capable and web-browsing phones. The cloud puts the EOC in the pocket of stakeholders at activation.

Here’s the thing about emergencies: you can’t predict them. You can’t predict when they’ll happen, their full impact, or the resources they’ll require to respond to and resolve.

As a whole, emergency management tries to counteract the unpredictability of disasters. Emergency managers can’t get the exacts every time, but the plans they create do provide effective frameworks for getting through disasters.

Plans are rarely uniform from EOC to EOC. Plans have to respond to the environment; one town’s EOC will have to consider different factors than another town’s EOC, even for the same disaster.

Scalability and flexibility take these challenges in emergency response head on. Scalability in a platform will allow an EOC to accommodate unexpected circumstances, such as an increase in involved stakeholders and the accompanying spike in usage. Flexibility offers an EOC the option to contour tools within a platform to their preferences and processes.

These two features are qualities cloud-based platforms for emergency management score very well for. Cloud platforms take advantage of cloud computing in most cases, meaning their bandwidth can expand to include a lot of users at once. They also tend to be more powerful in general, so emergency managers don’t have to worry about the volume or scope of their program. Dozens of unique processes and workflows can be built in cloud platforms, helping emergency managers construct a very robust portfolio of resources, tools and plans for emergencies.

We’ve established that cloud computing is powerful, so it can handle the sudden surges in users and usage specific disaster scenarios require. The power of cloud computing also checks a few other pros boxes for any professionals using this infrastructure, namely speed and ease of use.

By moving all of the intensive work to the cloud, a user doesn’t have to wait on a cloud platform. Every action and input takes little to no time to perform. Cloud platforms provide the immediacy of action emergencies often necessitate and save small pockets of time that culminate in an impressive total.

More concrete savings come with the cloud as well. Cloud platforms utilize large data centers to deliver service to their users. On-premise servers are unnecessary, so the electricity needed is that which powers the devices users access the platform from. An organization on a cloud-based platform also doesn’t have to dedicate staff to maintenance and management of servers and applications, giving back even more savings in both time and money. Updates to the platform are also seamless, so users get the latest versions of cloud-based platform as soon as they’re released.

Cyberattacks, information security and data privacy are now leading concerns for all organizations. Malicious actors have realized they can reel in bigger returns by attacking organizations and not individual people. No type of organization is exempt, and a quick dive into news stories from recent years shows this. Governments and municipalities, hospitals, utilities, corporations and small businesses are all targets for cyberattackers.

Once the actors are in, they employ their technical know-how to freeze or break critical functions, or steal data. Some may demand money while others may silently swipe information. “Hactivists” may just do so to make a point.

A surprising amount of attacks result from social engineering. Human error is impossible to totally protect against, even through training and awareness. But when we look at the technical side of hacking and cyberattacks, and consider the cloud and cloud-based platforms, it’s another score for the cloud.

Some think the cloud is insecure, which might be the fault of poor marketing by the technology’s advocates and pioneers, or maybe it’s due to the lack of perceived physical security a person can impose on the cloud. But the opposite is actually true in this instance. The cloud is generally agreed to be more secure than on-site systems, local devices, or legacy systems.

Without getting too technical, the cloud uses a complex infrastructure to ensure attacks and malicious actors can’t get in (or get far, in rare cases). This includes both firewalls, user/access controls, encryption and more. The servers and data centers clouds run off of are also maintained by highly trained professionals, who also perform regular rigorous tests, including penetration tests.

For organizations looking to bolster their security and continuity, moving to the cloud is a must. The cloud provides stellar security on a technical level for those who use it. But there is a less tangible return in re-locating both daily and emergency operations to a cloud platform: increased resilience.

Imagine this scenario: a building your organization operates out of catches fire in the night. Fortunately, no one is hurt, but a majority of the organization’s resources are inside this building.

The fire destroys a majority of the assets, including old paper files, on-premise devices and in-house servers. This kind of scenario is devastating, and coming back from it would be incredibly difficult for an organization after losing years of data that quickly.

This is where a business continuity plan would kick in, guiding the organization towards establishing an operational state once again. Lost data would still be lost, though. Nothing could be done about the burnt documents, or the destroyed servers where those documents’ backups were stored.

The cloud platform, running from a data center in a different location, would be separated from a local event such as a structure fire. The immediate access to data personnel have through the cloud allows them to reach a resolution, work through a business continuity plan and get the organization back to a functional state more quickly. Back-ups could also be kept on the cloud, adding more depth to the resilience of an organization.

Moving Forward with the Cloud

Tools and platforms are a significant advantage for emergency managers. As technology has advanced, its capabilities have reached farther and farther into other industries and areas of life, and emergency management is no stranger to its influence.

The cloud is immensely powerful, and all emergency managers, response, and business continuity professionals should take advantage of its benefits to ensure their organizations respond as efficiently as they can to disasters. Doing so seems like a big leap, and it is. But it’s a seamless process, and the experiences cloud-based platforms deliver make it hard to ever go back.