Connecticut Does it Right – Investing in Jobs the Right Way 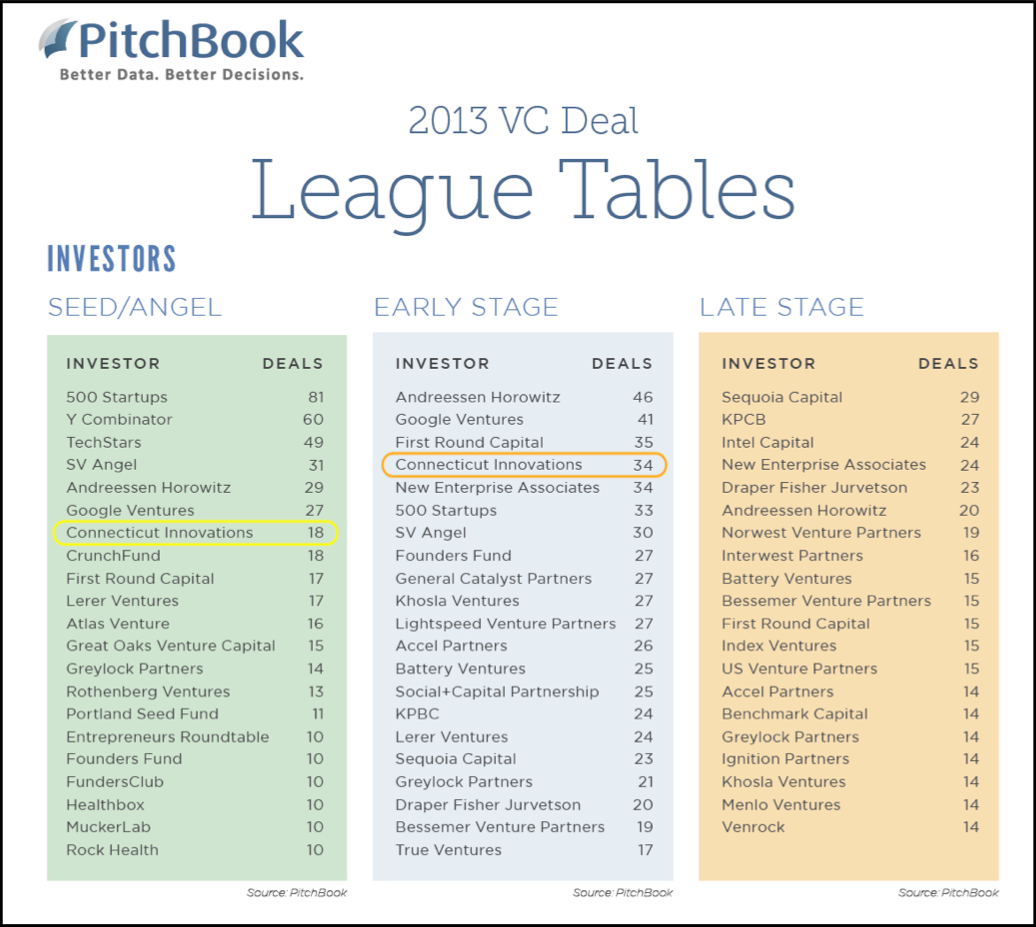 The latest report from Pitchbook, “2014 Annual US VC Valuations & Trends Report” was just published with great news for Connecticut: Connecticut Innovations, the government-sponsored organization for venture investment, broke into the TOP 10 ranks of investors for both the Seed/Angel and Early Stage Investments. Just being in the same league as Andreessen-Horowitz and Google Ventures is quite a feat; being the ONLY state entity on the list shows yet again that Connecticut is “Still Revolutionary”.

While the overall task is still unfinished, we can certainly commend Claire Leonardi, the CEO of Connecticut Innovations, and her team for pulling off this remarkable accomplishment and putting Connecticut on the same map, so to speak, as Silicon Valley and being counted among some more famous venture organizations in the US.

Startups are where the jobs of the future are, and a chart like this one does more to attract more creative entrepreneurs to Connecticut to continue the incredible tradition established by the likes of Whitney, Morse, Colt, and Goodyear, and inventions such as the can opener, sewing machine, submarine, hamburgers, lobster rolls, and of course, the American Constitution.