Earthquake Awareness Month: Preparing for the “Big One” 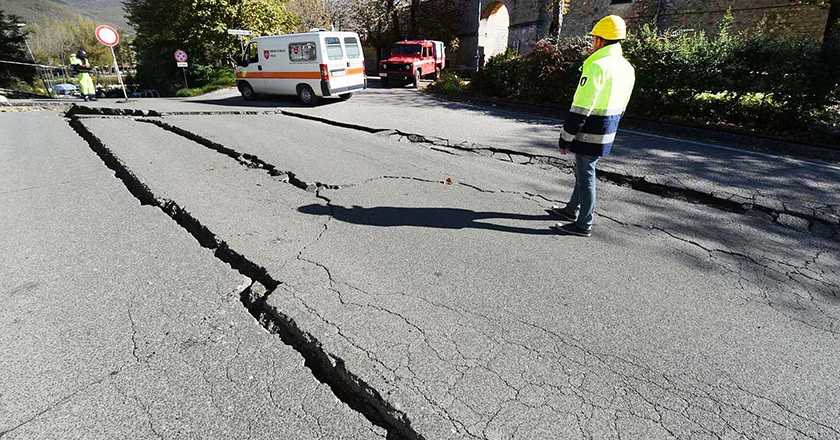 Earthquakes are sudden disasters. While hurricanes and other storms are terrible events, they at least afford us the luxury of some preparation.

Earthquakes aren’t uncommon either, but their frequency is highly dependent on geography. Communities that sit on or near fault lines often bear the brunt of the devastation these tectonic events generate.

Despite how prone an agency, municipality, or a community is to earthquakes, it’s possible to prepare. Many states and areas across the US dedicate February to earthquake awareness, hoping to prepare their residents and stakeholders for these events.

Let’s explore these events, their causes, and the most effective means of preparation.

The Earth is alive, both above ground and below the surface. This planet, unlike some other celestial objects, is still geologically active. One of the most visible results of the planet’s ongoing geological activity are earthquakes.

The continents and seafloor all rest on tectonic plates, which fit together like puzzle pieces. The tectonic plates slowly move, pushing up against each other. This process, simply put, generates a lot of energy. When the built up energy is released, it causes an event in the Earth’s crust, which typically results in an earthquake.

Other activity can also cause earthquakes, albeit at much lower rates. Volcanic and man-made events like nuclear explosions can cause seismic events as well.

Earthquakes typically occur along faults and corresponding fault lines, highly-noticeable geological formations where tectonic plates meet. Public education, historical studies, and pop culture have all played roles in making residents more aware of earthquakes, especially in areas where the aftermath of such events is more looming than others.

In the US, the most known fault lines are the San Andreas and Hayward faults, which run through parts of the Pacific Coast. These fault lines capture a lot of attention in the media, and help drive the “Big One” narrative, a prediction that these fault lines are due to cause a massive earthquake in the near future.

While these faults and their accompanying narratives occupy a lot of the American discourse regarding earthquakes, other parts of the country are just as vulnerable to fault lines and earthquake-inducing geological events as the Pacific Coast is to the San Andreas and Hayward Faults.

The Pacific Northwest sits right on the Cascadia Subduction Zone, which contributes to volcanic activity in the region. The New Madrid Seismic Zone (or Fault Line) puts eight states across the American Midwest — Arkansas, Illinois, Indiana, Kentucky, Mississippi, Missouri, Oklahoma, and Tennessee — at risk for seismic disasters as well. This list isn’t exhaustive, however; you can learn more about seismically significant US regions here.

Advanced scientific research can provide estimates for earthquakes, but these events are more random than not. The unpredictable quality of earthquakes doesn’t mean, however, that both small and large communities can’t prepare for these disasters and mitigate the damage.

Traditionally constructed buildings are very susceptible to the violent movement earthquakes generate. The energy transfers into the building and its features, shaking the furniture and internal systems like air ventilation, destabilizing walls, and even collapsing entire buildings.

Some communities and their engineers have taken modern scientific data and applied the data to their buildings. Engineers and architects have devised a number of devices that reduce the stress and movement of buildings, and large ones in particular, experience when earthquakes strike.

Many buildings in earthquake-prone regions like Japan are made with or retro-fitted with base isolation technology, which Thomas Fuller, Anjali Singhvi, Mika Gröndahl, and Derek Watkins all explain well in this 2019 New York Times article.

Preparing and Responding to Earthquakes

For residents, it’s tough to prepare for an earthquake. Seismic events are unpredictable even for the experts. Residents have to respond as the chaos is starting, which can be difficult with all the overwhelming amounts of accompanying stress.

On this blog, we’ve discussed how individuals can respond to emergencies by building their own personal emergency preparedness kit. But that kit will only help after an earthquake. What can individuals do to keep themselves safe when the earthquake is happening?

Ready.gov goes into in the specifics:

Individuals should drop to the ground, find sturdy cover or an interior wall away from windows, and hold on to the fixture until the earthquake stops.

2. After the earthquake, wash your hands if possible

Aftershocks, shorter and often less intense seismic events following earthquakes, are common. They harbor the same destructive power of earthquakes, however, and people should follow the same guidance when these events occur.

4. Exit a damaged building and distance yourself from the debris if possible

If you’re able to, text someone to inform them of your status. If you can't use your mobile phone for communication, try banging on pipes or walls, whistling, or making any type of noise. Additionally, cover your mouth and nose with your shirt or other fabric to mitigate the inhalation of dust and fine particles.

6. Find and move to higher ground in tsunami-prone areas

Earthquakes can generate tsunamis under the right conditions. Residents in communities near coasts should be mindful of this fact when earthquakes strike and seek safer conditions if possible.

The players at local, municipal, and state emergency management agencies have to prepare professionally for seismic events in addition to their personal preparation.

Plans are a given. Professionals in the EOC have plans ready for all events and hazards, and especially for the likely ones.

The aftermath and recovery responses of earthquakes are never one-sided. Any emergency management agency and its EOC members will have to coordinate with many other local parties, including police, fire, EMS, utilities, and more, to get residents to safety and secure areas for clean-up and reconstruction.

This reality means EOCs need to lay the interagency communications groundwork, including robust backup channels. There’s no saying what infrastructure an earthquake will knock out; any amount of coordination parties can achieve should be leveraged for a smoother response.

Data will also play a major role in any response. Having the tools and systems ready for teams to perform damage assessments and gather any data should be a planning priority. These systems can exponentially speed up reimbursement filling processes at the federal level, free up some of your team’s time, and expedite the response in its totality.

The best way to handle emergencies, even the ones we don’t expect, is with preparedness. Earthquakes are as sudden as disasters can get. With the right preventive measures, however, we as communities can mitigate the initial and lasting damages earthquakes cause. Public education campaigns can ensure residents know what to do when earthquakes strike; resilience and contingency plans can ensure all responding parties can work with each other. Everything plays a role in ensuring our communities can bounce back from earthquakes.

Watch this webinar to see how one California community uses Veoci to participate in one of the country's largest earthquake response exercises: The Great Californian Shake Out!