Questions to Ask about the PG&E Public Safety Power Shutoff 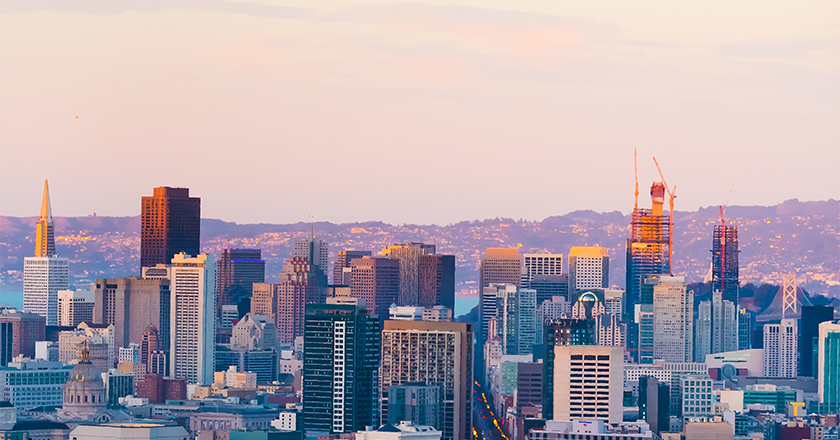 Pacific Gas & Electric (PG&E), the California-based utility that provides service to almost two-thirds of the state, initiated a public safety power shutoff (PSPS) on October 9th to around 500,000-800,000 of its customers. Most of those customers reside in the northern part of the state in counties surrounding San Francisco and Sacramento. A lesser portion also reside around Los Angeles.

The utility did this in anticipation of high winds expected to blast the area through October 9th and 10th. This is a lessons-learned scenario, and the PSPS is an action they’re taking from experience. Investigations found 2018’s infamous Camp Fire to have sparked from a downed PG&E line.

While the utility is acting with the safety of residents in mind, the Public Power Safety Shutoff (PSPS) comes with concerns. What kind of dominoes fall with the forced outage? What kind of questions crop up when prolonged outages at this scale are put into place?

What do we need to think about, or consider, in the light of this (mostly) Northern Californian outage?

No Internet or Communications

While the winds are only expected for October 9th and 10th—a total of two days—the outage itself is expected to last up to five days. Due to this extended shutdown period, PG&E intends to thoroughly reinspect lines before resuming power once again. This is why the outage could be as long as five days for some residents.

One of the first questions the five-day blackout poses is how communications will be affected. The mobile towers many of us rely on won’t be taking in power, and therefore won’t be able to provide the service we’re accustomed to.

Beyond negligible cell service, those without satellite uplinks will face internet disconnection too. For citizens and consumers, this will add to the already stressful situation. But there are also major implications for officials and responders as well. What channels will there be for them to communicate, or residents to call when they need help?

It’s recommended that citizens opt-in to notifications from their power providers (in this case, PG&E). Providing multiple points-of-contact and personal information (via calling, texting, and emailing opt-ins) will help notifications get as far as possible. Ultimately, landlines will ultimately be the most reliable. If a resident does happen to be in an area not connected to the power grid of the utility executing the shutoff, they should also sign-up for notifications through their local sheriff’s department.

Considering the reason behind the shutoff, the availability of emergency services will be especially critical. The extremely dry vegetation of the state easily acts as a potential fire’s fuel. While downed lines can spark fires, they pose little threat if they lack a current. This does not mean that other common starters and accelerants won’t take advantage of the opportunity, however.

Despite the possibilities, the caution PG&E is taking is necessary. The wildfire seasons of the past few years have set records for the state. Blazes have become more intense as the climate has changed. This kind of preemptive action is a step in the right direction.

One of the less transparent dominoes in these scenarios are medically dependent and vulnerable populations.

The utility will be opening Community Resource Centers throughout the affected communities that will be open during daylight hours, where residents will be able to address their basic needs and charge electronic devices. But many people rely on home-based medical devices on a daily basis, something these centers can’t necessarily accommodate.

There are steps that can be taken for these populations are urged to take for these scenarios. Both prepareforpowerdown.com and turn.org recommend these residents to sign up for the Medical Baseline Program with their utility to receive advanced notifications and plan accordingly for the event.

Other community-based resources are available for these populations as well. Mountain Neighbors Helping Neighbors, a community organization in the Santa Cruz Mountains, aids their elderly and disabled members by handling a number of daily tasks for their vulnerable populations. This group also helps these residents make other arrangements if evacuation is necessary. Similar groups may be available depending on the community and locale.

These networks, like the Mountain Neighbors Helping Neighbors, help ensure medically vulnerable populations receive the resources they need. We also need to address how healthcare facilities may be impacted by a shutoff of this magnitude.

During this PSPS, hospitals within the Bay area are not expecting a power loss, as they have generators ready to power their facilities. But smaller facilities that lack sufficient back-up supplies may feel the effects of the blackout.

One of the most foremost concerns of an outage like this, however, is how patients who rely on life support and similar systems will fare. Per NFPA 101, any facility that houses patients utilizing life support systems must have well-maintained, on-site generators that can last 96 hours of downtime.

Working generators should be a staple for all healthcare facilities, as one incident in Florida in the wake of 2017’s Hurricane Irma shows. One generator in a facility failed to kick in when Irma hit, leaving the building without central air conditioning. A handful of patients contracted illnesses due to the heat, and some eventually lost their lives. Poor preparedness can spell disaster, which is especially true for vulnerable populations and those that take care of them.

Without power supplying certain areas, transportation could be limited. Both personal vehicles and public transport could find themselves stuck in gridlock. Traffic signals will be one of the many electronics left dry during the PSPS, so citizens that rely on public transportation should plan accordingly.

Other electronics shouldn’t be neglected either. It’s wise to unplug and disable any machinery— air conditioners, irons, stoves, etc.—to avoid sudden heat-ups and surges that could spark fires as well.

For those still looking to make purchases during the five-day blackout, most, if not all,  point-of-sale systems and ATMs won’t be available. Cash and cash equivalents, such as traveler’s checks, will be very handy. Farmer’s markets will be great sources for supplies as well.

You can read this blog post by our Veoci team member Mark Demski if you’d like more tips on how to prepare you and your family for disasters.

PG&E has stated that this is the first instance of their new fire mitigation program. Saying more PSPSs are on the horizon is probably a fair presumption.

Both residents and institutions alike should prepare for more PSPSs as the wildfire season progresses. The first one has raised questions, some of which may not come until after power has been restored. Only time can tell how this widespread shutoff will play out, and what conclusions become apparent from this first cautionary outage.

What did we learn about mass notification from the Merrimack Valley gas fires? Read our blog post on it here.

See how drones are shaping wildfire response in this blog post.