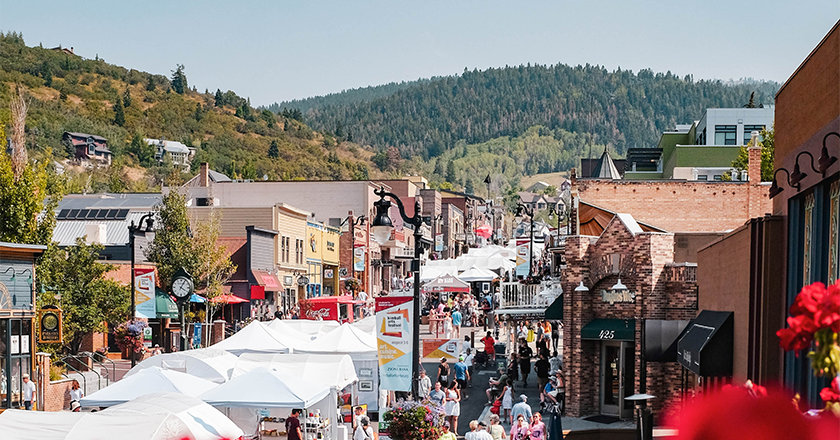 One thing all emergency managers, business continuity planners, and other crisis management and incident response practitioners could all tell you is that their gigs aren't easy.

But that’s not to say these professionals don’t find their jobs rewarding. In fact, it’s the opposite. So many enjoy what they do and the grand impacts their daily work has on the people around them, especially in times of crisis.

We’re fortunate to have practitioners on the Veoci team to learn from and to help our customers. Their experiences in the field are also more than worth highlighting, and they’re the reason why we published a profile on Maria Lavandier Bouffard in 2018 (you can read part 1 here and part 2 here).

Now we’re going to take a look at another veteran practitioner on our team: Mark Demski. As a Customer Success Manager for our government and municipal customers, he’s able to leverage his decades of experience as a responder and an emergency manager to deliver solutions that make a difference.

Below is an account of Mark’s career, the lessons he has learned, and how he envisions the future of emergency management and response.

Public safety is one of the many pieces that wraps into emergency management, so it’s fitting that some EM practitioners have their roots in public safety.

That group of practitioners includes Mark. He recalls his mother and teachers saying he was more drawn to fire engines or ambulances driving down the street than what was happening in the classroom.

When many of us would be starting our first part-time jobs, Mark started working in public safety; at the age of 16, Mark completed training to become a firefighter and EMT with the BelAir Volunteer Fire Company in Maryland. He says that, even at this age, he could understand what the impact these roles—EMS, firefighting, police—have in the community. He was paying forward by taking this journey. He saw a way to help, so he acted.

Later on, at 21, he joined the Harford County Sheriff's Department as Deputy Sherriff. Then, at 26, he became a Baltimore City, MD paramedic. After 13 months, he joined the Baltimore County Fire Department as a paramedic/firefighter. During this time, he became a nationally registered paramedic and a fire officer. He also worked in the training division at this time, helping others become public safety officials and emergency responders.

Recently, Mark celebrated 30 years as a nationally registered paramedic, a testament to his continued dedication to the public. He has a file of stories, some happy and some sad, from this part of his career. A few stick out more than others, including the two babies he delivered as a paramedic, one of which was named after him and his partner at the time.

During this time, Mark also got his first glimpse into the world of emergency management. He served dually as an assistant in the Baltimore County EOC. He was a “runner,” a position many EOCs have either dropped or adapted in some way by 2019 thanks to technology. He moved notes between different people in the EOC, alerting them to the developments coming in. And to this day he’s still on the ball, often keeping the Veoci team in the loop about major weather events as they happen around the country.

Mark retired from Baltimore County in 2011 and came to work for the Maryland Emergency Management Agency as the Assistant Director of Operations, where his primary duty was to act as the EOC Manager.

Through all of these roles and decades of experience, Mark certainly learned what works and what doesn’t, and he still uses those principles today in his approach to emergency management.

Being a flexible Gumby

Emergencies, inherently, are sudden or immediate. There’s no way to predict an emergency; even when meteorologists see a hurricane barreling through the Atlantic Ocean towards the Caribbean or Southern US, they can’t say where or when it will land, or the destruction it will cause (definitively, at least).

Every emergency is like a good pitcher. A good pitcher will have the staples, like a fastball and curveball, in addition to other tools, like a changeup or slider, that force batters to respond uniquely to the pitcher’s approach.

Mark sees emergency managers as batters and emergencies as pitchers. An emergency manager can create a plan for the “guarantees” of a hurricane, like strong winds and heavy rain. But the hurricane may also come with unforeseen torrential rains that cause sudden flooding and evacuations. Or the storm may move much slower than what models predict.

During his time in the EOC, Mark says the term “flexible Gumby” was often thrown around. For him, being a flexible Gumby is a requirement for every emergency manager. And his experiences prove this hunch true.

Mark often found that things rarely went to plan. Few, if any, plans fell off the rails; it’s just that every piece of the plan may not mesh with new, unforeseen circumstances within the emergency. There are always twists and turns that one couldn’t even imagine.

During his time working at both the state and county EOCs, Mark and his surrounding teams responded to extreme events in the region, including Hurricane Isabel, the 2011 Virginia Earthquake (the strongest quake east of the Rocky Mountains since 1944), and three blizzards in one winter season. And one thing was consistent throughout each response: not everything went according to plan.

Adaptability—or being a flexible Gumby—is a key skill for any emergency management professionals. This isn’t the only lesson he has to impart, however.

At the government level, each response will have a similar roster. It’s why Mark advocates for building relationships with the other players.

These relationships provide a precursory understanding of each person’s capabilities, reach, and resources. Having this kind of information on hand is, effectively, an act of preparedness.

It’s also information that can inform your plans as an emergency manager. The goal of your plans is to streamline responses, to make them as efficient as possible. If there’s a perceived or possible roadblock, it’s best to build around it. It’s what makes these relationships before emergencies happen so paramount. If something’s needed, the most accessible source should be outlined in a plan.

Mark’s other personal emergency management tenet also comes into play here. If power suddenly goes out in an emergency, knowing which organizations can provide spare ambulances for transporting medically dependent populations in the back of your head can save valuable time, and ensure the safety and comfort of those populations.

The skills and lessons Mark has picked up over the decades are invaluable and worth a listen. He’s seen it all, from the early days of the practice to the thorough, thought-out, and prepared departments many states and organizations employ today. So, after seeing all of this development, where does he see the field going?

Where is emergency management going?

When Mark first started in the EOC, he was a runner. Nowadays, we’re a far cry from that, and Mark—alongside other practitioners—are happy with technology and how it further enables the EOC.

Technology also cuts out the minutiae of communication and processes. Mark’s first role in the EOC can be accomplished through a message stream or one-click-to-send notifications. And while ease is certainly a plus here, the most prominent benefit is the time practitioners and other players in the EOC get back in addition to the full-attention they can give pressing matters. Ultimately, the team in the EOC builds a stronger sense of situational awareness and operates in a much more streamlined manner.

Mark says this is only scratching the surface. Who knows what tech will debut and what minds will be the ones adapting it to emergency management. The dramatic change in the EOC Mark witnessed will pale in comparison to what shifts the tech of the next few years will deliver. But the final page here should convey a particular message: it’s not how much time or paper that gets saved, it’s the impact the team using the tool makes in times of crisis.

If you’d like to learn more about Mark, check out his LinkedIn profile here. Or, if you’d like to get in touch, you can send him an email by clicking here.‍

Get some tips from Mark on how you can build a personal emergency preparedness kit for you and your family.