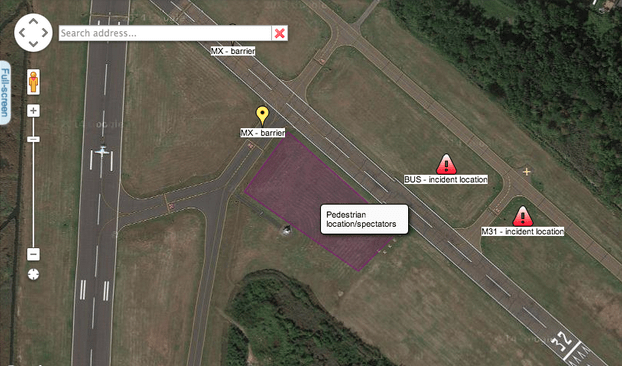 The drills are made very realistic with real fires and real people (actors drawn from nearby colleges). Tweed New Haven Airport, a Veoci partner, recently conducted their Part 139 response exercise, involving a collision between a commercial turboprop and a small private plane. A school bus was used to simulate the larger plane while a pickup represented the smaller plane. Real explosions on the school bus and the pickup began the drill.

I couldn't help but make a mental comparison between the response and a well-tuned orchestra. Responding to an emergency is all about following plans and processes in harmony:

As one expects with any emergency, the initial alert is key to getting all the stakeholders aware of the incident. Tweed has the additional complication of being physically located in two municipalities - New Haven and East Haven. Fire departments from both these towns get involved in any response. In this exercise, the Air Traffic Controller initiated a tone alert to the East Haven and New Haven emergency responders, while a member from Airport Operations initiated an emergency call-down using Veoci, to call team members' (responders) phones to alert them that the drill had commenced.

The Airport Rescue and Fire Fighting (ARFF) squad, part of Tweed’s operations team, was the first to respond followed by the fire departments of the two towns. Establishing a communication network and synchronizing radio frequencies between these agencies happened quickly. The Incident command was established at the ARFF facility.

Once communication was established, the next step was to ensure coordination between Airport Management and the responders on the scene. Access to key information becomes very critical at this stage. What time did the accident take place? Is there a casualty count? If so, how many are injured? Where are the fire hydrants? This information was centralized into Veoci so that all teams had access to the appropriate data, real-time.

For every casualty or injury, an initial triage was performed and comments were written down on paper.  While one designated observer was noting down every all activities and observation in Veoci, the responding medical personnel continued to use pen and paper. Some of the medical responders tried out Google Glass for observing and recording injuries. The team at Veoci has been experimenting with Google Glass as well; while this is very interesting technology, our opinion is that at this time it is not ready for field use.

It is important to document the event as it unfolds for after action reporting. For Tweed's exercise, a person from their operations team was designated as the event transcriber, and used Veoci to document and time stamp everything that took place during the drill. Veoci became a vital source of information and replay tool as all the stakeholders convened after the action to review and discuss remediation and improvements.

As software developers, this drill made us analyze fresh some of our ideas about how computers can be used real time. We went home and now have a list of enhancements to the Veoci mobile app for such drills and emergencies and we are confident that with the tweaks we are putting in, the mobile Veoci app will easily trump paper and pencil. If you have a triennial drill coming up, please contact us to see how we have taken what we learned at the Tweed Airport Triennial drill and in a few weeks will have incorporated them into Veoci.

More about the drill: http://www.nhregister.com/general-news/20140429/bloody-victims-mark-tweed-airports-triennial-disaster-drill-in-new-haven