Why We Created the Veoci Exercise Series 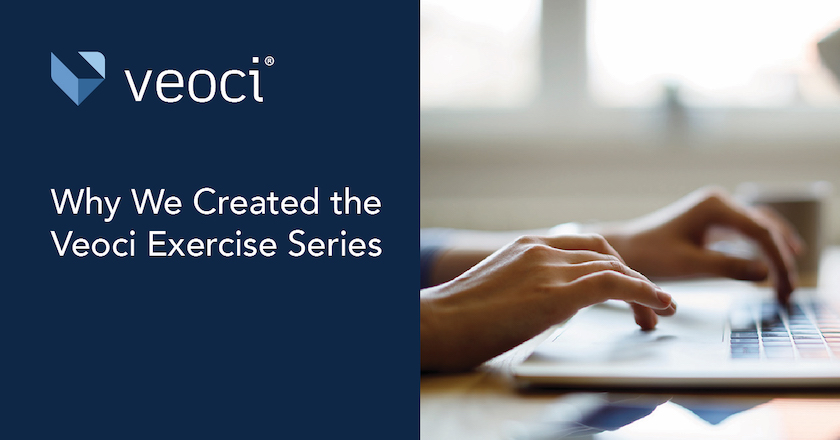 I recently sat down and talked with Lance Rocks, who joined the Veoci team back in May 2022. We discussed the Veoci Exercise Series, a new training offering focused on getting users hands on during emergency scenarios without the stress of a real crisis.

I asked Lance about the Veoci exercise series, why he started the project, and where he thinks everything is going.

How did this start? What kicked the Veoci Exercise Series into production?

I was in higher education prior to coming here to Veoci, and we were talking about how do we get better at Veoci with regards to people getting in there and manipulating the interface?

And it led to a discussion about how it'd be nice if Veoci started creating exercises, and within those exercises, you looked at all the capabilities. And instead of an organization or a client having to create their own exercises, Veoci would create it that way, it would be a little bit more realistic if an incident happened. How would they come in and start using Veoci?

You know, it's a little bit different because you can add in some different challenges that they may not think about. They may not normally exercise and so you can take a holistic approach to building an exercise. We wanted to look at how you start, then what happens in the middle. And then how do you finish out because a lot of folks know how to initiate and get things rolling, and then they kind of do very well right in the middle. But as you start getting into the details, at the very end, that's where some of the challenges can happen. That's where some of the folks are getting sidetracked on other issues.

And it was very important to recognize that Veoci has these capabilities, and how to leverage them to do the jobs that really help you move forward. How do you track what went well? What didn't go well? And what do you need to improve upon? So that was the kind of impetus or the big idea.

And so that's kind of what led to where we are today. We said, “Hey, let's create this space for exercises.” Then we start developing them for the different verticals so that folks can have that opportunity to get in there, and either learn, or get more proficient with your Veoci solutions.

Why did you create an exercise series for each industry? Is that level of granularity in the exercise valuable?

It’s Veoci’s commitment to our customers. So we have a couple of different solutions, like Core and Flagship. We tried to take best practices for every vertical, and put those into some of these solutions. And what we're doing is building something where you don’t have to create from ground zero; we’re giving you something to work on, something you can grow. It saves a lot of time, and it incorporates industry-specific best practices.

Do you think there's a broad need for canned exercises within these industries or for professionals?

I do. I think there's a lot to be said about a no-notice exercise.

Let’s use the analogy of the fire drill.

You come to school that day and the school says we're going to have a fire drill at 11 o'clock, and this is the place we're going right now. Everybody knows ahead of time, at 11 o'clock, don't start any projects or go outside, maybe grab your lunch before you go. With these particular exercises, we kind of let them know the broad overview, like activation. And the initial reporting is very broad. But we don't give a whole lot of particulars.

And other than that we come in, we say, “Okay, here's the scenario.” And now they have to respond as if they had just gotten a phone call. I think there is something valuable in that, because none of the scenarios are the same. They have to tackle each challenge differently. Sometimes they may use Veoci as part of that. Sometimes they may have a different process. But either way, you know, they're getting able to exercise it. And then through that exercise, they're able to determine if there's maybe a better way to tackle that. And some of that may be using Veoci.

What do you think are our best end results? What do we want to see people achieve following their attendance of the exercises?

Veoci is a conduit to responding to incidents. It's a platform, it's a capability. But we have to think much bigger than that. What we're talking about is having folks who are keeping their communities and their organizations safe. Being able to respond quicker. They want to be more efficient in how they respond. They want to be able to track the initial and long-term costs.

You're able to archive this information, it's a repository. And you're able to look back and say, “Okay, what did we do five years ago? How did we solve this? Now? Do we have new capabilities that are going to make us even more proficient?”

So it's just not about Veoci —  it's about the bigger issue of how we are making ourselves a better community through the capabilities that are available.

Can these exercises count for testing, exercise, and drill requirements outlined by laws and accreditations?

A lot of organizations have requirements to do exercises. And we track the hours, we track the exercises, we create an after action report at the end of each series. Our goal is that we can be part of the process as organizations run exercises or meet exercise requirements. And we're hoping that this is one way that they can start meeting those exercise requirements, and also start leveraging the technology that's there and some of the newer capabilities so that it's not just a tape or talk. We want to take it to the next level. But we also want to make sure that we're helping them fulfill any requirements that they have, whether it's state, local, or for accreditation purposes.

Where do we see this going? We’re rolling out our very first iteration of it now. But how do you see this developing further? What kind of forms do the exercises take in the future?

So this is a free service that Veoci provides to its clients. We try to meet each vertical’s needs, so that all organizations can participate in an exercise. We want to get more folks participating. And you know, at some point, we want to look at how we get all the verticals in a single exercise? How do they work together, right? What's the interoperability of that community working together? And how does that translate to Veoci being able to meet their needs? And so I think that's one aspect of it. We've got to look at the whole picture.

The second half of that is, I think we need to increase the availability of exercises as we start improving the process. These are kind of a sprint series, if you will, each session is just one hour and each series is four sessions. But at some point, it may get to where we can offer a specific tailored exercise. We can develop that exercise external from that organization and come in and say, “Here is the scenario.” Then the organization can run it as they like, and it may be very comprehensive.

With us knowing what they’ve developed, we can find the gaps in the response and have our solutions engineers and CSMs build new solutions in Veoci. More proficiency, more efficiency — that’s the end goal.

Commander Rocks is a 1984 graduate of Winthrop University with a Bachelor of Arts Degree in Communications and Business. CDR Rocks enlisted in the Coast Guard in 1989. His 22 years of Coast Guard service include one year as an enlisted member before selection to Officer Candidate School.

After graduating OCS in 1990 he had multiple operational and staff tours including a deployment during Operation Desert Storm; he served as Assistant Operations Officer for 1996 Olympics in Savannah, GA, charged with waterborne security of Olympic athletes. He served as Chief of Academics and Assistant School Chief, at Officer Candidate School (OCS). He served as the Coast Guard Liaison to the American Embassy, Nassau, The Bahamas. He served as Deputy Sector Commander, Guam; responsible for, Search and Rescue, Maritime Law Enforcement operations covering 2 million sqnm.

Most recently, Commander Rocks was the Emergency Management Coordinator (systems) at the University of South Florida. 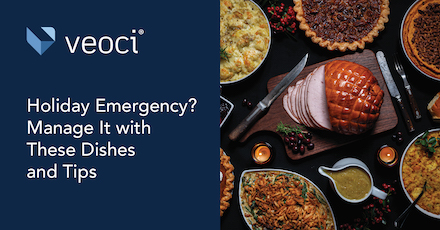 Holiday Emergency? Manage It with These Dishes and Tips

With some tricks up your sleeve, you don’t have to worry about being unprepared. Here are some easy dishes to bring to your holiday dinner and safety tips while in the kitchen. 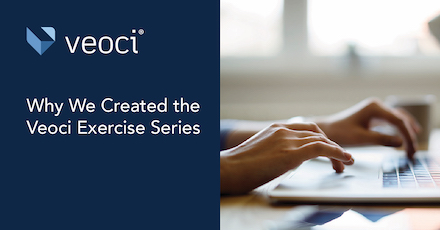 Why We Created the Veoci Exercise Series

I recently sat down and talked with Lance Rocks, who joined the Veoci team back in May 2022. We discussed the Veoci Exercise Series, a new training offering focused on getting users hands on during emergency scenarios without the stress of a real crisis. I asked Lance about the Veoci exercise series, why he started the project, and where he thinks everything is going. 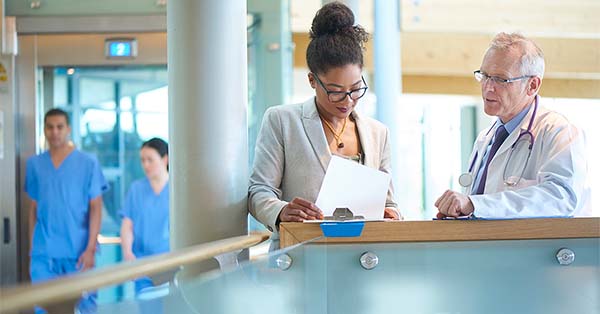 Raising the Bar for Healthcare Continuity

Over these past couple of years, healthcare emergency management and business continuity (BC) plans have been rigorously tested. As a whole, there seems to be an acknowledgment that the response and coordination activities that are involved in day-to-day operations are strong. There is, however, an area that has been found lacking that must be bolstered: formalized business continuity and resilience.