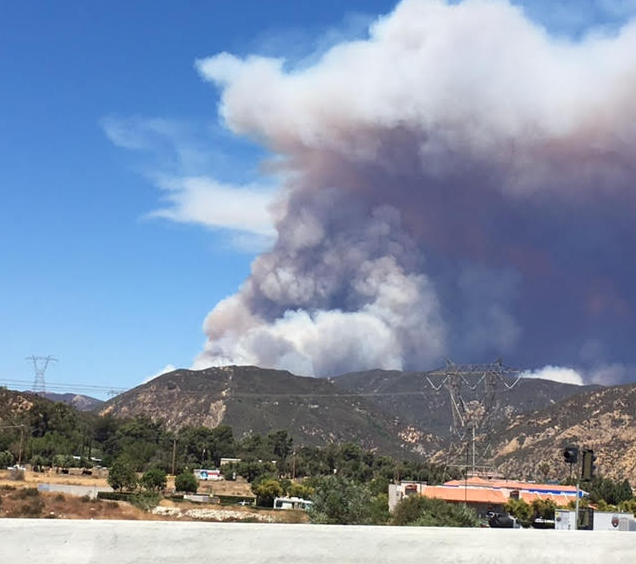 Today, firefighters continue their now three-day long battle against the relentless and rapidly spreading Blue Cut fire in San Bernardino County, CA, which has forced more than 83,000 residents out of their homes. The wildfire has now incinerated 31,600 acres, just under 50 square miles, with more than 1,500 firefighters fighting to cut that number short.

Interstate 15 was completely shut down as of Wednesday morning due to smoke and fire near the road. Drivers, including our very own Regional Director, David Groesch, were forced to take a detour through the winding mountain roads after hours of backlog. Dave, his wife, and his dog were driving back to their home in a suburb of Chicago after visiting their son and some potential Veoci customers in California. This catastrophic fire is impacting a number of current Veoci customers, such as those in Monterey Park and Burbank. Some are deployed in the wildfires at two-week stretches, 12 hours a day, six days at a time. In times of natural disasters as devastating as this, responders need to spend every second wisely. At Veoci, we hope that the product that our team has created does nothing but help these brave responders do their jobs and ensure the safety of the affected communities.