Drones and Wildfires: How New Tech is Shaping Wildfire Response 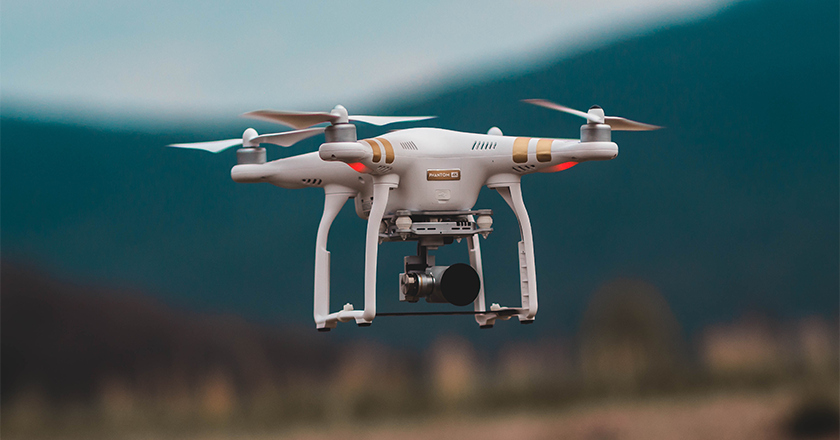 Just over 58 thousand wildfires sparked in the US last year, collectively burning over 8.7 million acres. As the intensity of fires has increased over the years, so has the amount of interest, money, and research that has gone into them, mostly for the sake of preventing them and their destruction.

Wildfires have also caught the eyes of drone enthusiasts, particularly in the geographic areas most prone to the disasters. Since being introduced to the market, drones have been used by enthusiasts around the world to gain an all-new perspective of cities, nature, and other sights worth seeing. Wildfires have found their way onto that list, and that’s not necessarily a good thing.

The fact is, drones, when handled irresponsibly, bring wildfire suppression efforts to a halt. But in recent years, officials have also begun realizing the potential drones have for their operations.

Let’s look at both sides, and the issues and impact drones are having for those who deal with wildfires in the US.

As drones have become more accessible, they’ve also grown in popularity with consumers. This means there are an increasing number of drone enthusiasts taking to the skies to capture untapped views of their surroundings. They’re looking not only at the forests and cities around them, but at the events happening within those forests and cities.

In recent years, multiple reports have surfaced chronicling the interference of drone pilots in wildfire suppression efforts. In fact, a story published on June 12, 2019, stated that a drone over the Coldwater fire in Arizona’s Coconino National Forest forced officials fighting the blaze to halt their operations.

Why are drones troublesome, especially in this context?

Officials fight wildfires from the ground and the air. While crews take on the flames from below, manned aircraft drop water and fire retardant in the area to extinguish the flames and hinder the fire’s progress.

When a drone flies over a wildfire, it occupies the airspace helicopters and planes need to make their drops. On the surface, this may seem harmless. A commercial drones, by size, are much smaller than any type of manned aircraft.

But, as we’ve explored in a past blog post regarding drones, drone-aircraft collisions have dangerous potential.

These events are similar to a well-studied phenomenon in aviation: bird strikes. Essentially, when a bird strikes a flying aircraft, the tremendous velocity of the aircraft generates enough force to cause serious structural damage.

Drones are no different. In fact, researchers found drones collisions are often worse than bird strikes. The hard plastic shells, motors, and combustible components of drones cause much more structural damage (see this research from the University of Dayton for a visual).

Thanks to this study and ones like it—and unfortunate real-life examples—officials are aware of the risks involved in an aircraft sharing airspace with a drone. So when a drone is detected, officials ground any aircraft, hampering firefighting and containment efforts. When a civilian drone encroaches on a wildfire response, preventable destruction occurs.

Consider what might happen if a forced grounding occurred during a response to a fire near a populated area.

In July 2015, a fire outside of Los Angeles blazed through enough brush to reach a gridlocked highway. Five reported drones were in the area for 15-20 minutes, causing officials to miss a water drop cycle. Fortunately, no one was injured by the fire, but the grounding allowed the fire to move faster and endanger the lives of the people trapped on the freeway.

Incidents like these are the reason behind the new laws and fines that hobbyists could be subject to if they are to disrupt a wildfire response. After multiple incidents—including the wildfire cited above—San Bernardino County offered a cumulative $75,000 reward for the negligent pilots who had interfered in recent wildfire responses.

There’s a less punitive side to this campaign against drones, however, which takes a more proactive, or preventative, approach.

The National Interagency Fire Center (NIFC) has been spreading awareness of the issue. The NIFC continues to remind enthusiasts that wildfires are a “no drone zone.” Their website also explains what dominoes fall when a drone occupies the valuable airspace above a wildfire. Officials and other agencies have repeatedly stated that “If you fly, we can’t” to further drive the point home as well.

Despite the negative press surrounding drones, there is another side to the story.

Forward thinkers have started to recognize that drones can provide a significant advantage in wildfire suppression operations.

In the right hands, drones can be flown responsibility and predictably. When a drone pilot has a set objective, the scope of the mission, and an actual role in a wildfire response, they become a big benefit.

Drones can capture stunning aerial shots through their attached cameras, imagery that provides useful data to the people monitoring and combating fires, something officials have started to take advantage of.

A drone, in terms of maneuverability, is superior to a helicopter and other forms of manned aircraft. This technology gives firefighters and other officials more to work with, and paints a more accurate picture of the fire and what’s in its path. Drones can also be outfitted with various types of cameras, like 4K and infrared, which can enhance firefighters’ situational awareness.

The early success of drones in this arena has lead many to make some bold and exciting predictions about the future. Drones are only making their first forays against wildfires, and their usage is minuscule compared to what’s on the horizon. Some experts posit that a steady stream of thousands of drones could assist helicopters and planes in making water and retardant drops in the future.

How much of this future many envision is feasible? It all depends on one factor: the institutionalization of drones in response teams and their arsenal of tools.

A drone can be unwieldy for an inexperienced pilot. Even a well-versed pilot can have trouble controlling a drone in unfavorable conditions, such as high winds or smoke. Imagine the conditions a firefighter would face when flying a drone into an atmosphere perturbed by wildfire. This anticipated difficulty is just one of the few reasons firefighters need training and why becoming acclimated to drones is vital to operations. Fortunately, the departments that are adopting the technology are also introducing the training and preparation necessary for their personnel to successfully make use of drones in a new age of fighting wildfires.

The Future of Drones and Wildfires

While past events paint drones poorly, the recently realized potential of drones has the opportunity to change that.

Enforceable laws and increased education will help curb the number of incidents civilian pilots are responsible for. Demonstrating the damage they could cause will make them think twice before flying into the air above a wildfire.

The stigma drones carry shouldn’t weigh heavily on officials, though. Embracing drones, their capabilities, and the outcomes of their use could be one of the largest advancements officials make in fighting wildfires. The future of drones in wildfire response holds a lot of promise.‍

Did you know the city of Amarillo, TX, uses Veoci to respond to wildfires? Request the recording to see how! 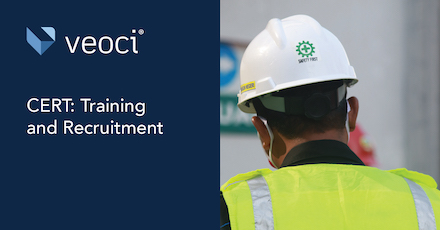 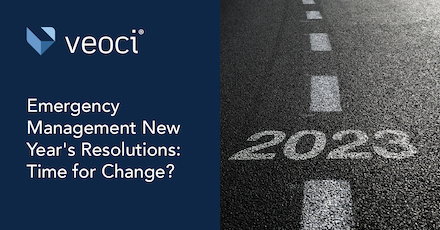 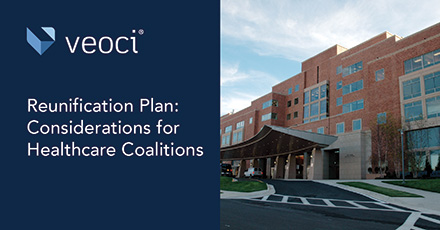