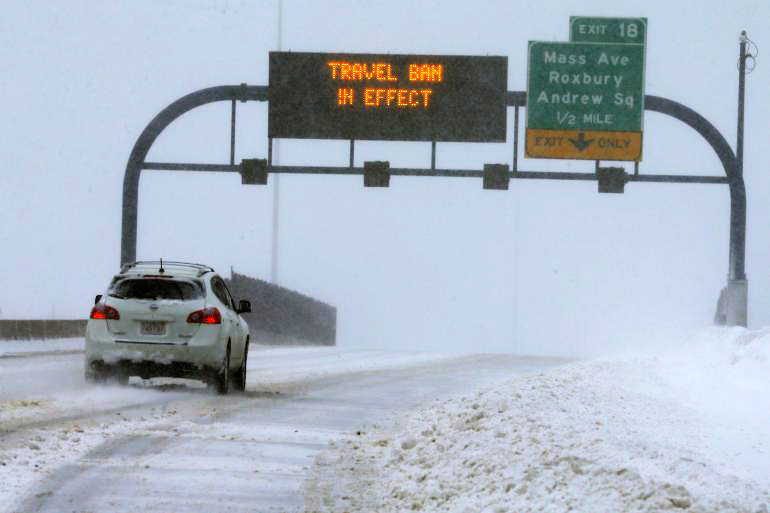 The Blizzard of 2015, which in January inaugurated a series of winter storms across the northeastern US that continue to this day, is estimated by various experts to have cost the economy between $500 million and $1 billion [1]. The loss to airline travelers alone may have been as high as $250 million.

The calculation of losses gets even more complicated when you consider that many expenses are not eliminated, but deferred. What's it worth to businesses, cities, and states to reduce the duration of shutdowns caused by storms, even if by a little bit?

Last year, the American Highway Users Alliance commissioned a study by IHS on the total loss for a state shut down due to a severe storm [2]. The study attempts to quantify the economic impact in dollars for a one day shutdown of a selected set of sixteen states and two Canadian provinces that are vulnerable to severe storms like the 2015 blizzard.

Please note that the data needs to be viewed with some restraint: as Doug Handler, Chief Economist at IHS says, the calculation of losses is "more an art than a science" [3].
The study calculated the direct economic losses for lost wages of hourly workers, loss for retail trade that is not recovered, the added cost of skeleton essential services, lost tax revenue and the reduction of losses with regained income. Indirect impact was also calculated for the ripple effect through the economy. Other costs such as health, insurance, and repairs, which could be quite large, were not included. Overall, the study took a conservative approach to calculate losses. The data for the sixteen states is shown in the figure below:

With similar demographics as the basis, the losses for a state are directly proportional to the population.
(The regression value is $34.582 but the error in estimation of the base data has not been calculated and it is perhaps prudent to consider the loss in a range from $30 to $40.)

Compared to the cost of a lost day for a City or State, the cost of systems such as VEOCI can be recovered if the clean up time is reduced by just a few minutes. Our experience with both New Haven and Bridgeport suggests that the time saved is in
. As Rick Fontana, the EOC Director for the City of New Haven told us, “We will have paid for Veoci for years with just what we saved during Sandy.”