Katrina Response: A Failure to Communicate 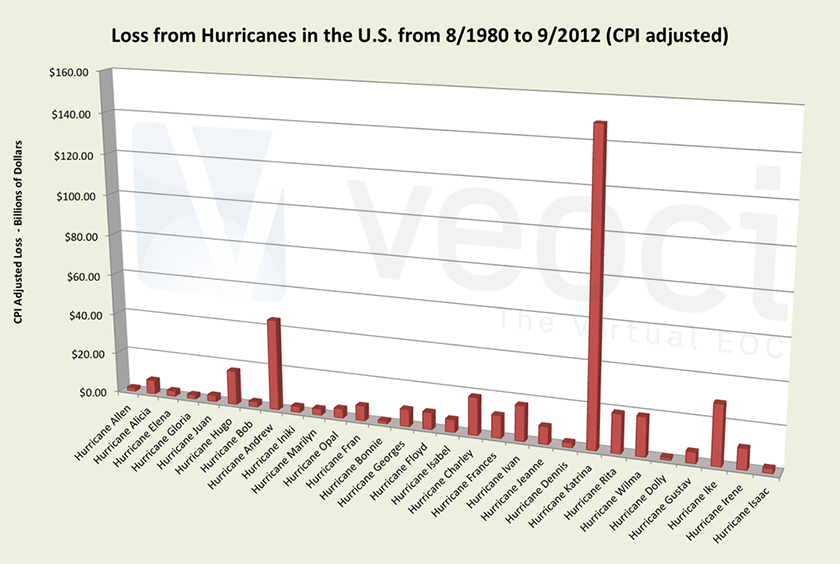 The United States was hit with one of the worst natural disasters in its history in 2005. In a previous blog, we posted a graph that showed Katrina to be in a league of its own among hurricane damage.

The toll from Hurricane Katrina was staggering: over 1,200 people died, thousands more were left homeless and over $100 billion in damage to the Gulf States. This triggered the largest relief effort in US history, with nearly 70,000 troops actively involved. Needless to say, Katrina was a wake-up call. It prompted the US government to take a step back and reflect on what should have been done differently, and realize that a drastic reform was vital in the way they respond to disasters.

The list of lessons learned from Katrina are many, but the one lesson that stands out is a fundamental wisdom that is often forgotten in the midst of destruction and chaos- Communication is #1. Although a simple and somewhat overused aphorism, emergency managers and responders often underestimate the importance of simply knowing what is going on and who is doing what. Even when it is assumed they are communicating well, there is still a potential to improve communications. In a related disaster recovery process where there was no thought that a communication deficiency existed, improved state of the art (circa 2015) communications reduced the recovery time by over 50%.

However, everyday means of communication are most often difficult during large-scale disasters. Hurricane Katrina destroyed much of the communications infrastructure throughout Louisiana, Mississippi and Alabama. With landline telephones, radio antennas and cell phone services disrupted, first responders scrambled to find alternate means of communication among one another as well as back to federal, state and local agencies.

The New Orleans Police Department’s 911 system was inoperative for 3 days following the hurricane.

The 9/11 Public Discourse Project issued a report labeling the response to Hurricane Katrina as a classic failure in command and control.

With social media emerging as the premier method of unofficial image and video sharing, the nation was able to watch in horror as the storm swept through the Gulf States and see for themselves the damage on their computer and cellphone screens. Even today, a Google search for “Hurricane Katrina victim photos” shows thousands of morbid results.

The combination of unorganized and unmapped channels of communication at local, state, regional, and federal levels, and equipment damage from the storm resulted in this ultimate failure of communication. Clearly, a method of fluid communication and information sharing and the ability to coordinate tasks would have facilitated a more swift and functional reaction to the devastation.

The Emergency Response community has learned much from the Katrina experience as the response to Hurricane Sandy showed. Cell towers are being hardened to withstand natural disasters and longer periods without external power. Emergency Operation Centers are installing backup power systems and satellite links for the Internet. And most important, first responders are procuring standby power supplies for their cell phones!

The one question that summarizes the state of your community's response using the technology and mobile devices available today is as follows:

Question: Can your Mayor or your town’s head administrator see for themselves, at any instant, a map of every incident at that moment and see a photo of the damage

Note: This is not a “REPORT” or a prepared view by the staff - this is a live as it is happening view of the town or city.

Avoid the mistakes made during Hurricane Katrina- Communicate.