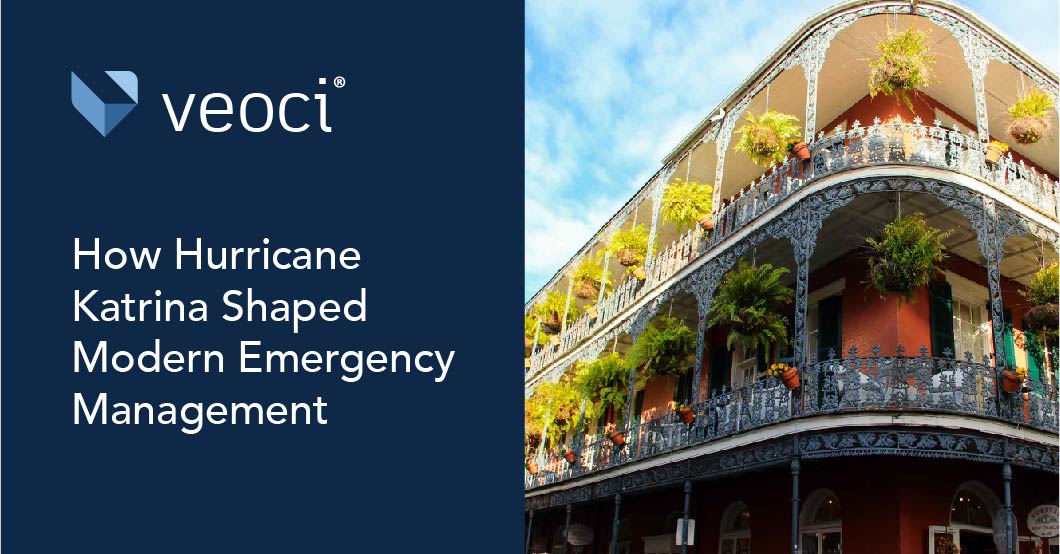 While people associate science with the act of being right, many scientists, including greats like Richard Feynman, recognize just how essential being wrong — and a willingness to accept being wrong — is to building the library of human knowledge.

We can’t improve something without training our critical eyes onto it. As hurricane season prepares its yearly appearance, we should take a cue from science and see how the 2005 iteration forced emergency management and disaster response professionals to realize their mistakes and build a more resilient framework for staring down seemingly insurmountable events.

Hurricane Katrina was one of the most destructive natural disasters in United States history, leading to extreme damage and loss of life. The disaster challenged preparedness at every level, revealing gaps in recovery, organization, and response that many EOCs and preparedness programs tried to cover in the future.

Katrina forced the country to re-evaluate preparedness at every level — federal, local, and even individual. Let’s explore what came out of the brainstorms that followed the historic event, and what of parts of that larger conversation we should keep in mind going into what meteorologists are predicting will be an above average hurricane season.

We have a tendency to base our expectations on past incidents, thinking the next major event will be similar to the last. This habit proved troublesome in the face of Hurricane Katrina, and was part of why so many people were unprepared to evacuate until very close to the event.

Proper communication and transparent urgency about the severity of impending storms helps residents and travelers understand the possible outcomes of enduring the event. Past experiences, while useful, may set a misleading expectation. While previous experiences can invoke meaningful change in the future, they should be relied on more as templates than as set paths.

Following Katrina, the national weather service changed its reporting on flooding and rainfall to reflect feet above ground. How this aspect of the storm was framed initially set a inaccurate expectation for those enduring the unfortunate event, and analysis identified a need to convey this information (and all information) in a way most people understand and can apply to what they’re experiencing. Setting clear expectations allows your citizens to work with you to make sure they are safe.

Lay the groundwork for coordination

While Katrina was horrific as it crawled over the bayou, the rocky recovery efforts added to the storm’s destruction. Federal, state, and local governments sputtered while assigning recovery tasks, and the delegation of tasks was hazy for all the people and teams involved in processing the event and rebuilding the region’s communities.

An effective recovery establishes the structure of task delegation, from the top to the bottom. Following Katrina, FEMA was charged with reframing the command structure and coordination of emergency response through the National Incident Management System and the National Response Framework, both of which were developed within the 5 years preceding the storm’s historic landfall.

All hazards planning and an every eventuality mindset

Hurricane Katrina wrecked Louisiana with lancing winds, volleys of rain, and an invasive storm surge, but its downstream disasters should have a fair share of the stage; oil spills, sewage pollution, and industrial chemical contamination caused by the hurricane brewed extreme health hazards.

All hazards methodologies are common in emergency management now, and the disaster baton passing of Katrina emphasizes the value of the modern “every eventuality” mindset. Preparedness always makes its case for its inclusion, and the all-hazards school makes most scenarios, even some more remote ones, approachable. Tabletop exercises and drills map the potential fallout of weather events, and are great for filling the gaps in an all hazards framework.

Prepare your citizens through knowledge

A prepared community makes emergency management safer and easier for first responders following a disaster, and allows the responders to focus on infrastructure when lives are already saved.

Emergency managers should stress the importance of keeping their jurisdiction’s citizens well informed of proper evacuation procedures, checkpoints, and safety protocols to steer them from danger later during the event. Pet preparedness is another element that individuals should be responsible for and educated on. During Katrina many pets were left behind, as people didn’t know the level of devastation Katrina delivered. This resulted in feral animals and additional loss of life.

Know who is responsible for what

The Hurricane Katrina response also suffered from confusion surrounding the organizational source point of aid. Coordination at this level was unprecedented, and following the disaster it was difficult to say whether federal or local governments should have stepped up in certain areas. The head scratching was a contributing factor in the recovery’s prolonged duration.

If possible, emergency managers should have tasks and those tasks’ owners aligned in plans. EMs should bake visibility into those assignments, too. Today, dashboards can supply that window for all stakeholders and ensure that people understand their roles in a response.

Preparedness is not always a popular investment strategy for municipalities. The practice only displays its value in scenarios you don’t want to see, and it’s easy to ignore when things are going well. However, when disaster strikes, investing in emergency preparedness can spell the difference between bouncing back and failing entirely.

Following Katrina, governments at every level, and even private institutions, invested more in preparedness, hoping to ward off disasters of this scale in future.

New York hospitals were a sterling example of the sentiment. Many invested in exercises to gauge who they could evacuate without assistance during a natural disaster, planning that proved life saving during Hurricane Sandy. Importantly, FEMA hired more people to be ready to respond to these types of emergencies, as qualified personnel made a quantifiable impact during the event.

Hurricane Katrina was a devastating event, and caused such widespread damage that recovery is still ongoing over a decade later. It was extremely important for emergency managers at the time to reflect on and learn from, to make sure such a level of loss never happened again. Today, we can still learn from the event and how it was managed, serving as a reminder of the importance of preparedness at every level.

Read our other thoughts on Hurricane Katrina here.

Photo by Aya Salman on Unsplash 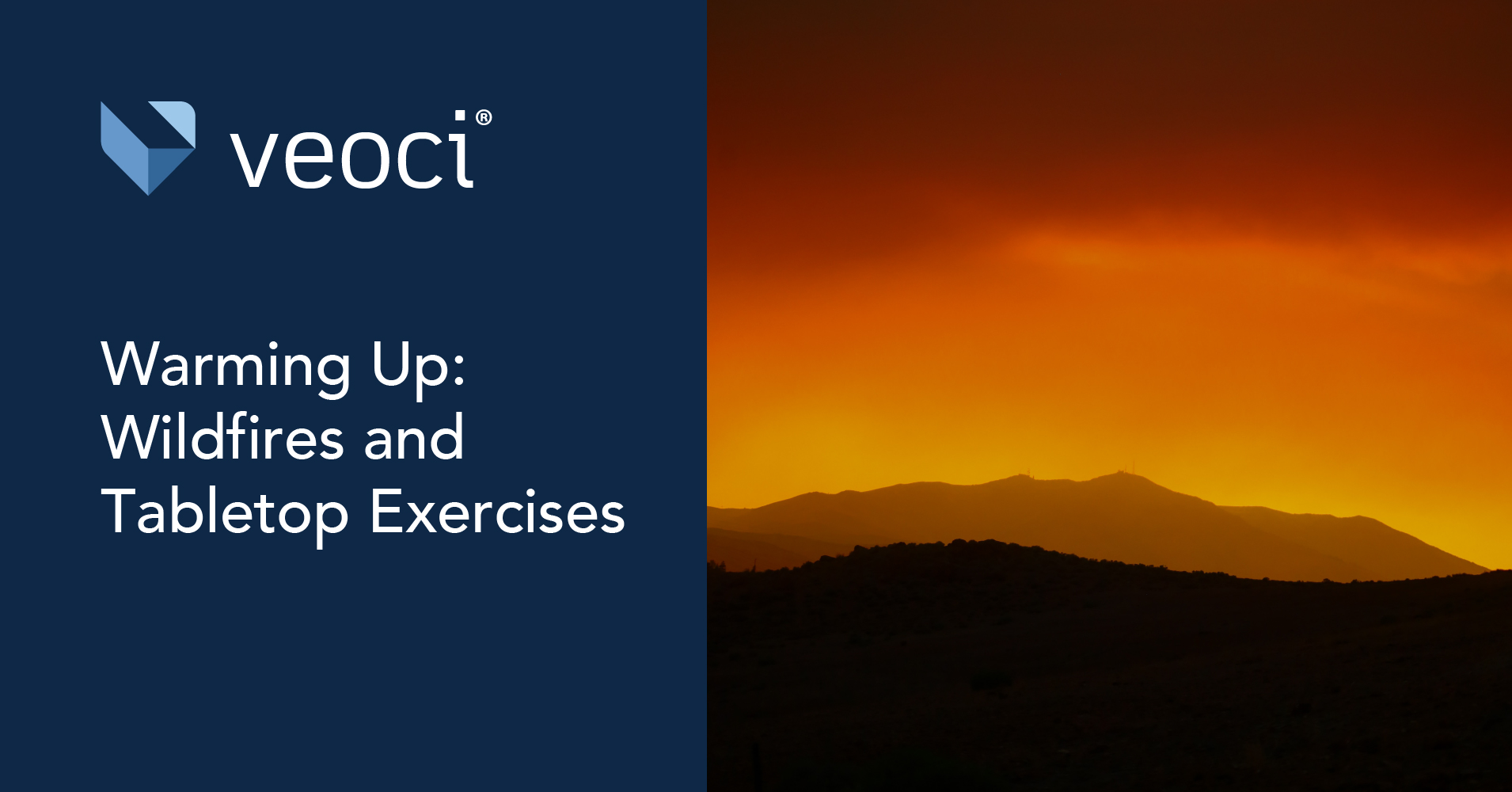 Warming Up: Wildfires and Tabletop Exercises

Tabletop exercises are one of the best tools emergency managers and other preparedness practitioners have at their disposal, and the utility of these dry runs in the wildfire sphere should be no surprise.

Hurricane Katrina was one of the most destructive natural disasters in United States history, leading to extreme damage and loss of life. The disaster challenged preparedness at every level, revealing gaps in recovery, organization, and response that many EOCs and preparedness programs tried to cover in the future. 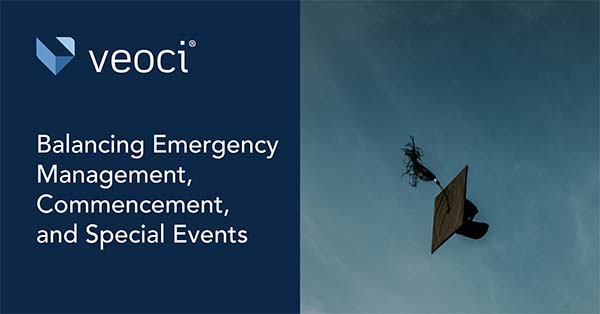 Commencement events are extremely important to graduates and families, but they present a unique set of challenges to the institutions hosting the events. What can colleges and universities do to ensure that these events run smoothly, and what challenges do they need to be on alert for?