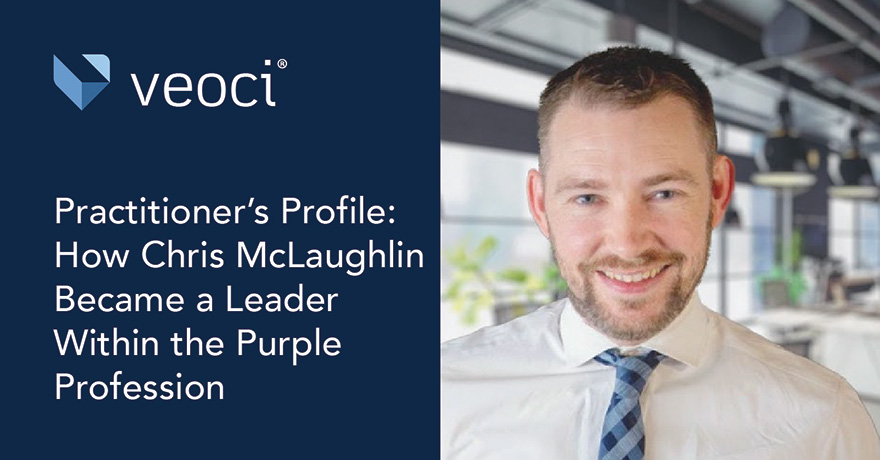 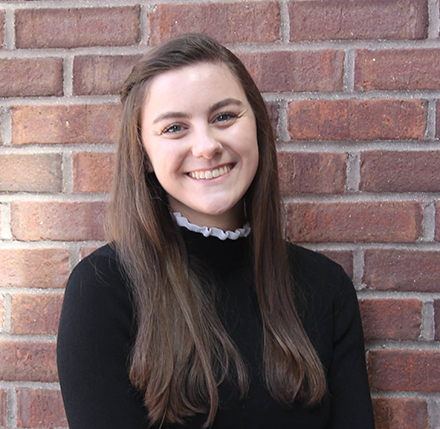 At Veoci, we already have an impressive number of skilled practitioners involved in the development and implementation of our software, so we are thrilled to welcome Chris McLaughlin to the team.

As a Solutions Engineer for Veoci, Chris McLaughlin takes his background and years of experience to help create, shape, and deliver critical crisis management solutions for Veoci’s enterprise, government, and education customers.

Like many in emergency management, Chris’ interest and involvement within the field started far before a college classroom. It started in high school with volunteer work and he was so inspired he received his first FEMA certification in Emergency Response to Terrorism Events on September 24, 2001.

Chris has always had an interest and background in computers. He went into his collegiate experience originally pursuing a major in computer science. He couldn’t ignore, however, that passion for Emergency Management and Public Safety that he had so he transitioned his focus to cyber crimes and some investigative work, ultimately receiving his Associate’s degree in Law Enforcement and his Bachelor’s in Criminal Justice.

While he continued his education, he knew that he wasn’t going to be able to just step into the role of an investigator, so he decided to enroll in the police academy and became a Master Peace Officer in the State of Texas (a role he still maintains commission of to this day).

He shared that he served his time, worked patrol and paid his dues and then eventually was able to use his skillset to contribute to the Criminal Investigation Division (CID). Within that capacity Chris was able to support their investigative efforts, drawing from his cybercrime background, and ultimately received his certification in the State of Texas to be a cybercrime investigator.

Chris has continued on with his education, attending Georgetown and earning a Masters Degree in Emergency and Disaster Management and is currently working towards a Doctorate in Leadership and Learning in Organizations at Vanderbilt.

Getting Involved in the Purple Profession

While Chris was on the committee, the college system decided to start their own Emergency Management program. He was able to help, as a committee member, to begin structuring the program and getting things going. When the program was officially up and positions were opened, he applied.

Now, Chris describes Emergency Management as a purple profession, one that is not too blue (police and security) or too red (fire and emergency response), and there is a balance that must be struck in order to truly be successful. His early experiences within the field that we already covered, in addition to becoming a volunteer firefighter and going through the National Registry as a medical first responder were all thoughtful decisions made in an effort to strike that balance.

He understood how the knowledge he gained from each position and certification held were going to be critical whenever he was talking to, working with, or leading responders during an event. “I am no EMT, for example, but I have at least dipped a toe into their world and I can understand and respect that position and understand that this is what they’re doing.”

These intentional steps along with his background allowed Chris to become an Associate Director, grew into a Director, and then ultimately became the Senior Director for the new Emergency Management program. Once he was in these positions he could really get into how the program was going to be addressing everything from policy procedure development, hiring, budget, management, everything. In three years, Chris went from being part of the committee that got the project off the ground, to building, maintaining, and leading a program that was responsible for everything that made up the system’s public safety: police and in house security, emergency disaster management, environmental health and safety and risk and insurance.

Transitioning From Higher Ed to K-12

After his time as Senior Director, in November of 2019, Chris became the Emergency Management Coordinator for Keller Independent School District. The move from higher education to the K-12 side was a big change to begin with, but adding in 43 schools with a population topping 50,000? It was certainly a challenge, but one Chris was ready for.

At the time, the Keller ISD did not have a holistic Emergency Management program–luckily Chris was ready to go. One of the first things he did was begin a gap analysis to define areas of improvement and from there build out what the roadmap could look like for the next three to six months, to years beyond.

Another first step Chris made sure to take was to introduce himself to all of the key contacts and begin building the necessary relationships with them, “You don’t ever want to find yourself in a position of meeting someone for the first time in a disaster, exchanging business cards”.

As soon as Chris started he immediately began looking for opportunities and touchpoints to build those relationships. In late 2019 he happened across a point of dispensing (POD) training course and thought the program would be an excellent opportunity to meet his Health Services Department (HSD) contact. It would be an opportunity to become educated on something they both weren’t familiar with, and it gave them the opportunity to begin putting together their district’s plans.

Only a few weeks after they completed that course, Wuhan went into lockdown. Immediately Chris and his HSD contact saw the red flags they had just recently been instructed on, and were able to infer that whatever was happening, was a lot bigger than what was being reported.

Immediately they began positioning themselves and diving into how they could prepare the schools for this. They started with technology, reviewing if they had one-to-one devices for every student. Then they began looking at their plans for basic needs continuity, and looking into online implementation plans, if there were any.

All of these conversations began, but Chris explained that they were received with a healthy dose of hesitancy. Regardless, Chris and his team began positioning the district and even began deploying the plans that they already had in place. They even began implementing the use of masking, gloving, temperature tracking and health screenings all things, Chris admitted, were met with some resistance. The outcome, however? Chris’ district went through an entire year with no cases of person-to-person transmission within their walls. Their quick and, at the time, trailblazing response allowed for their students and staff to safely transition into what we now know to be a long 2+ years of the pandemic.

With all of this experience, both in the classroom and in the field, we figured we should ask Chris to share some wisdom.

When asked about how he sees the field of Emergency Management changing, Chris discussed how the impact and use is going to grow. With all of our models changing due to the pandemic, weather; climate; economic; logistical to name a few, Chris believes that we will begin to see Emergency Management applied in food deserts, in increasing wildfires and extreme weather, in increasing infectious disease incidents. As behaviors change and these correlations and causations trickle down, the field must adapt.

For those who are considering becoming a part of the field, or for those who are already immersed, Chris’ advice is to take time for yourself (something he admittedly struggles with). “You can’t be of help to someone else if you don’t have anything left in your own battery.”

Another piece of advice? Know what you don’t know. If you don’t have the answer to something, saying “I don’t know” and bringing in a subject matter expert is a much better way of approaching a problem than guessing and ultimately putting yourself in a bad spot.

Veoci is thrilled to have such a well-rounded, team-oriented employee in our midst. Chris McLaughlin is an incredibly driven, educated, and dependable team member who has had incredible experiences already in the field of Emergency Management and now his journey continues with us. The real world experience and wisdom he brings to the solutions he builds will surely benefit the numerous Higher Education clients for years to come.

Read through the other profiles we’ve put together on Veoci team members by clicking the links below: 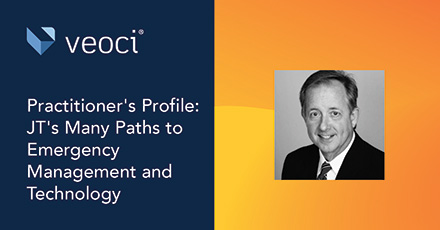 Practitioner’s Profile: JT’s Many Paths to Emergency Management and Technology 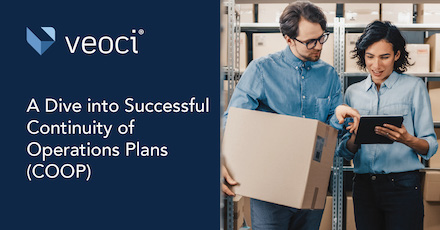 A Dive into Successful Continuity of Operations Plans (COOP)

COOP acts as the underpinning of all other operations, documenting the people, places, and things necessary to keep an organization going. Let’s take a look at what COOP is, what it does, and how a strong program shapes out. 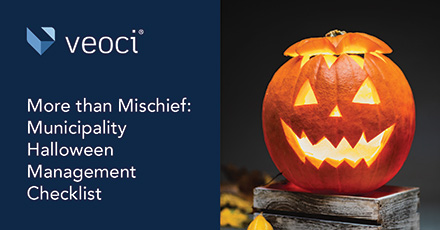 Like many other US holidays, the large gatherings and activities centered around Halloween spell a need for extra attention from municipalities. EOCs and local authorities can use a small checklist to ensure their town is ready to keep its residents safe on one of the most fun nights of the year.